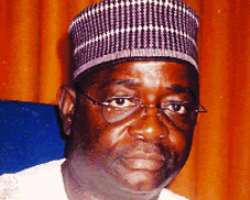 Dauda
Efforts by the government of President Goodluck Jonathan to tackle the problems facing manufacturers in the country, especially inadequate power supply and poor operating environment, have been lauded by a foremost industrialist and businessman, Dr. Sani Dauda.

Alhaji Sani Dauda, who is the chairman of PAN Nigeria Limited, makers of Peugeot cars in Kaduna, said in an exclusive interview with the Daily Sun Motoring, that there are clear indications that the Federal Government is committed to giving a helping hand to manufacturers, citing the example of the recent appointment of Prof. Bath Nnaji as the President Adviser on power, as a positive nove.

The PAN Chairman also recalled that the Federal Government,

through Vice President Namadi Sambo,, set up a committee to recommend ways of reviving the automotive industry, expressing the strong belief that the report submitted in June would provide enough recipe to return the auto makers to the days of buoyancy.

According to him, though the President and the Vice President are relatively new on the saddle, they have within the short period demonstrated the desire to energize the economy through a vibrant manufacturing sector.

He said: 'Looking at the moves so far made by this government, you will see that they have good intentions for the manufacturing sector. I have no doubt that President Jonathan and Vice President Namadi Sambo are committed to giving manufacturers in the country the support that will make the sector vibrant once again. I am sure that with time, manufacturers across the country will start feeling the impact of the efforts of the government.'

Dr Sani Dauda dwelt specifically on the auto industry committee set up by the Vice President and chaired by Minister of State of Commerce and Industry, Mrs. Josephine Tapgun, saying that it was a move manufacturers had always yearned for and understandably hailed when it came.

The committee which was inaugurated first week of June, drew its members from the Bureau for Public Enterprises (BPE), National Automotive Council (NAC), Bank of Industry (BOI), Union Bank of Nigeria Plc, representative of the Ministries of Finance and Commerce, and was set up to advise government on the appropriate tax relief for the vehicle manufacturers, policy formulation, competiveness of locally made auto products, and better business models.

The PAN Nigeria Limited Chairman was, however disappointed that a time the government is trying to rescue the auto manufacturing industry from collapse, those charged with managing the N10 billion revolving fund for a new mass transit project designed to ease transportation in various parts of the country, plan to go for imported buses, rather than patronize the products of the Nigerian auto plants.

He appealed to the Federal Government and the Urban Development Bank which recently called for bids for the supply of the buses, to ensure that the vehicles are procured from the local assembly plants. Echoing the argument of the Nigerian AutomotiveManufacturers Association, )NAMA), as articulated in the letter to the Minister of Finance, Olusegun Aganga, by the Executive Secretary, Mr. Arthur Madueke, he said the bank should have taken cognizance of the existence of 12 assembly plants in the country which have the capacities to produce buses and trucks of various sizes.

If the Nigerian plants are tasked with the supply of the buses, the PAN Nigeria Chairman argued, it would go a long way in boosting activities in the companies and keeping them alive. 'What this means is that instead of helping motor industries in Europe and Asia by buying their products for the mass transit programme here, it is better to patronize the plants in Nigeria in other to keep our sons and daughters, and brothers and sisters employed, It will also be good for the economy generally', the PAN Chairman said.