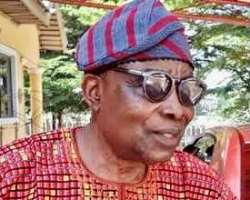 "Persistence and determination alone are omnipotent."

- Calvin Coolidge, 30th President of the USA
As an amateur phonologist, one has discovered a variety of interesting genres of phonology. Phonology for the tutored is the study of the distribution and patterning of speech sounds in a language and of the tacit rules governing pronunciation. One had come across this in one's years of interactions with men and women in public offices, intellectuals in higher institutions and professionals in various fields.

One had listened to English Language spoken with the enchanting Ìjèsà intonation. The Ekiti genre exudes a kind of kinetic energy. The Ife genre actually fascinates. The Ìbàdàn mesìògò sample mesmerizes. The Ìjèbú variation is bewitching. The Ègbá variation is engaging. With an elementary knowledge in basic philology and phonology, one could be immersed in the natatorium of interesting discoveries.

Through him, I discovered the Ìdànrè genre of spoken English Language. When the words role out to one's hearing, it's like listening to a beautiful rendition of Gángan drum spiced with Shèkèrè to produce rhythmical ecstasy. It usually feels like an undiluted palmy, taken with pepperized snails under the comfort of a thatched shed, while the benign breeze billows with pompous humility to eviscerate the beads of sweat off one's forehead.

Yes, that is the man who first taught me the tenets of guerilla journalism ever before I joined the stable of THE NEWS and TEMPO magazines. In one's days at the Sketch Group of Newspapers, not all news stories were publishable. Some of one's stories were "killed." A particular story was killed that had irked so much and stirred rebellious inclinations in me. Mr. Bola Aragbaye, (may his soul rest in perfect peace) my Editor in Sunday Sketch at this particular time, had invited me for a chat to educate me about the delicate roles of Sketch Group because of its ownership. I was instructed, educated, but I was unsatisfied.

The desire to get the facts out there was unrelenting. To inform the public, educate and guide, as aspects of functions of journalism stipulate. Even though we had known each other for quite a while, but not as close as the next step taken, had made it turned out to be. I approached him about my frustrations. He agreed to publish my stories under a pseudonym. The pseudonym was and is still known only to both us. My wife only got to know when she joined me in the United States. Thus, I began to bring in any stories that I suspected would be unpublishable at Sketch to him, at the Nigerian Tribune.

It is a beautiful story of a young, restless, crusading journalist who found mentoring in the most unlikely places, at the most auspicious time, in a very innocuous way. That had been the beginning of a relationship that had gone beyond professional. It has gone beyond journalism. It has been more like that of biological brothers. More like family. And when you have a family, it is easier to imagine the kind of things you do together. The kind of things you are involved in together. Actually, it is better to allow the imaginations run wild here.

Here is a man with extreme patience in all things and all matters. Always looking critically at all issues, but settling at the end, for the optimistic side of it. He has a positive spirit. He is persevering and enduring. He is imbued with a solemn and indestructible determination. His genteel, elegant and polished approach could elicit a misjudged assessment of his steeled spirit. It could deceive the unsuspecting into taking him for granted.

His patience could complicate the impression about him as not being a strong person. It is another characteristic of his that could entrap some to misjudge him. His inner strength has seen him through many valleys and mountains of life. He is a quiet stallion. Solid in character. Sturdy in courage. Steady in integrity. Stable in dignity. Precocious. Persevering. Tenacious. Steadfast. Very robust in spirit. Unassuming. Unobtrusive. Unpretentious. Extremely humble.

He is amotekun-ish in style. Clinical. Analytic. Meticulous. Deliberate. Swift. Effective. And effectual. He is, in my own estimation, the encyclopedia jounalistica in terms of the nitty -gritty of practice of Journalism. Its rudiments. Its rules. Its ethics. From news gathering to newspaper production to marketing. He has seen it all and distinguished himself at every turn. He has been like an elephant, trouncing through the savannah in a masterly but impactful pace, leaving its giant footprints on the sands of time.

Seemed perpetually conscious of his role as a mentor, he is always ready and willing to guide and glitter the path of those that are seeking to grow. He is always giving of his knowledge. He is always cultivating brilliance and professionalism. His criticism of his juniors is always elevating rather than deprecate. It is always pointing to the inexhaustible horizons in order to magnify and unravel the vistas of possibilities.

An Ìjèsà man from Ìdànrè, having been primed by the glorious and famous Ilésà Grammar School, Ilésà, Lawrence Mofólúwasó Olámítì also known as Folú Olámítì, also attended Olófin Grammar School, Ìdànrè. An Alumni of Thompson Foundation Editorial School, Cardiff, Wales, he also gone through the Nigerian Institute of Journalism, Lagos. He has been a Reporter, News Editor, Assistant Editor, Editor in Nigeria's oldest privately owned media group, the African Newspapers of Nigeria PLC, publishers of Tribune Titles, where he was also Executive Director of Operations and Publications.

Mr. Olámítì, was Media Consultant to Independent Corrupt Practices and other Related Offences Commission (ICPC), for one and half decades. He is also a Fellow of the Nigerian Guild Of Editors (FNGE); member of International Press Institute (IPI); member, London Institute of Journalists; member, Nigeria Union of Journalists and Jerusalem Pilgrim(JP).

On this November 30, I am congratulating my Egbon, my friend, my boss, and my mentor on his 70th year on mother Earth. His is a celebration of excellence and triumph. I am wishing him a very happy birthday and many happy returns of the day. May we all, always remember this day for good. Amen.