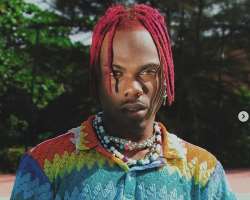 This documentary series will give you and intimate look into the making of some of the biggest hits and Chocolate City’s most influential artists. It will examine the beginning of their career, their road to success, and the hardships they may have encountered.

Love Nwantiti: BTM
Being one of the most successful afrobeat song in 2021, the HIT single, Love Nwantiti was originally released under Chocolate City Music earlier in 2019 and a year later, a remix with Joeboy and Kwami Eugene was born, which was one of the most popular versions of the song.

For this episode of the documentary, it will follow the story of how this hit song was conceived starring A&R consultant, Seyi Xodus and Chocolate City’s and Head of Promotions, Isioma.