I love The Nigeria police 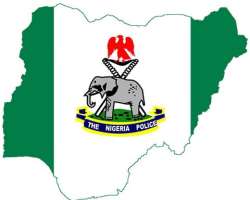 Over the years, the dignity and honour of police officers in Nigeria has been eroding. As a matter of fact, most people would avoid them like the plague. This , however, is certainly connected to the heartless and horrible experience they have had with the policing system. In fact, an average Nigerian can recall with ease a dastard act of a police officer than anything heroic. About two decades ago, I remember the " shandi slogan". Shandi was our own creation for #20. Some undoubtedly unprofessional police officers have had to throw a worrisome number of families into Yuletide tragedy and gushing tears due to the refusal of a recalcitrant, but well- intentioned driver from passing shandi to a police team.

During the end SARS protest, the Nigeria police officers became a target for cruelty. It seems most of the youths at that point, woke up to a revenge mission, as they considered it necessary to take the laws into their own hands. If fact, I am seriously in doubt if there will be fifty Nigerians that will genuinely and sincerely pass a vote of confidence in them. Seriously, it is as terrible as that for our police officers. Anyone may be right to call them the honour - starved officers. Surprisingly, they are no longer worried about their image in the public domain resulting in more damnable activities.

Despite the stains on their name, I love them. If you have travelled to nations such the US, UK, or Canada, you will absolutely fall in love with their police officers. Sincerely, it is because of how the government treats them. Any government that pays lip service to its police personnel should prepare to bring out the beast in them. If you care less about a man, and give him a gun to protect you, he will only protect you as far as his own protection is guaranteed. Do you wonder why a police team may be invited to a criminal scene, and they get there late, that's if they appear at all? Simple reason! Their lives are also not protected. A government that arms its police officers with sellotape guns and far less sophisticated one, should expect a less engaging policing.

Everyone cares less about their welfare. Have you ever asked yourself how many pieces of uniform a police officer is entitled to per year? But you wonder why some of them are professionally unpresentable. If I buy my own uniform, feed myself, pay my own rent or get a nuisance of a fee for allowance, how do you expect me to feel I owe my life to you. Police officers have dreams like all of us. They want that mansion too. They want their children abroad too. They want quality health for their family too. They want their life insured too. They want to be able to meaningfully provide for their family too. Without putting all these within their reach, we may complain and hurl insults at them. Eventually they will remain at best a dehumanizing beast or a nettle in our community.

Respect to Nigerian police officers who fell in service! Maximum respect to those still standing. I will forever love you all!.