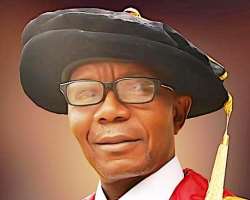 There's a thick line of bound between a Ruler and Leader. While the former decrees aggressively, the latter leaders compassionately.

In the faraway Europe, Asia and America; Benito Mussolini, Mao Tse Tung, Joao Baptista and a host of others have been avered by historians as rulers - given their tyranny, bloodshed, power drunkenness and feed on the ruins of constitution and humanely treatment. Muammar Gadafi, Sani Abacha, Omar Al-Bashir and a host of others wore the thorny crown, here in Africa. Rulers who breathe and eat wickedness, high-handedness, tyranny and lack of compassion for the ones they rule.

Galore of credit to history, for preserving the legacy of Nelson Mandela, Musa Yar'adua, Paul Kagame (who turned Rwanda from a war-thorn country to cynosure of eyes) and other legendary leaders on the black terra firma.

Nigerian public officials - from political to academic office holders - are potpourri of Rulers and Leaders; with the former holding highly of the population. Less reprehension could have been met with political office holders in this piece, considering that many of them found their way to politics via "hooliganism that pays", only in Nigeria. Sardonically, some academics tread same route, while getting overwhelmed with intellectual wickedness; the more book they read, the more arrogant, narcissistic and tyrant they become.

The outgoing Uniosun VC, Prof. Labode Popoola, who has been in the news for public humiliation from the university staff, seem a cut off the fabric of the academic rulers. A group of supposed intelligentsia, who have rather been a stench to the standard of education and moral decadence. He and his confreres were meant to treat the pestilence of unprofessional conducts, but rather, became the canker of the immoral acts.

It baffles mind if "Sarkin goma, Zamani oma", (10 kings For 10 seasons) an gnome denoting the ephemerality of power, hardly pop in their minds; or that they only read of academic leaders who had etched their name in the good book history, without pondering over it.

I watched how the troubled VC was humiliated amid pomp and pageantry by jubilating staff, who would later sweep his footprints with brooms and flaring banner that highlighted his bad attitudes like Arrogance, Corruption, Power Drunkenness, Divide And Rule, Mischief and Sadism.

I hope the university Public Relation Officer, Ademola Adesoji, who had in a view to redeeming the image of the alleged VC said "the jubilating staff did not represent the entire workforce of the institution" knew that truth is like smoke: it is unconcealable, regardless of how ones tries to cover it. Demeaning comments from concerned students and members of the university across Social Media posts and blogs already attested to the VC's misgivings.

Who will tell other Nigerian academic rulers to learn from the fall of their confrere? Will they ever listen to the reverberating lessons from the gross misconducts of their fellow? I hope staff across other institutions/offices take to celebrating their rulers this way, let's see if sanity can return to our political and academic parastatals. For in only that, the success of Nigeria lies. May Nigeria succeed.