Project Rescue Nigeria; The Birth Of A New PDP 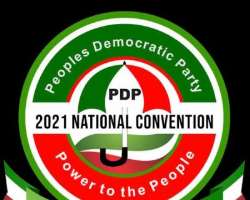 Today the Peoples Democratic Party (PDP), made history by conducting one of the most rancour free elective national congresses in the nation’s history.

For the first time a major political party will agree on a consensus candidate for the National Chairmanship and 21 other positions and there will neither be rancour nor bitterness; it will be the first time a political party of this magnitude will agree on such sensitive matters in-house,despite differences and interests, especially at this crucial time when elections are around the corner.

If this is not an indication that the party has realized its mistake and is ready to get back on the saddle after being away from power for seven years, then one is rife to wonder what else will prove seriousness.

The PDP had in the return to democracy, held sway and administered the country for sixteen years producing three consecutive presidents but with the growth of the party came the problems associated with big families.

However with today’s convention and it’s choice of National Chairman in a seasoned strategist, thorough bred academician, focused goal getter and no nonsense administrator, the party has obviously realised that it had at some point, lost focus and bearing and like a rudderless ship was heading for an iceberg, thus the need to retrace her steps back to where it began; it saw the need to bring on board a man who knows the original blueprint and actually wrote it.

The former Senate President started his career as a lecturer in the University of Jos where he taught sociology, and other courses on the art and science of Marxism. He was once the Chairman of the Jos University chapter of the Academic Staff Union of Universities (ASUU).

Sen. Ayu was elected President of the Senate during the Nigerian Third Republic between 1992 and 1993. After entering politics, he was influential among the majority of the Tiv people in Benue State from whence he was elected Senator in the Third Republic on the platform of the Social Democratic Party (SDP) and became Senate President.

However, in November 1993, the Senate impeached Ayu, who was a strong opponent of the Interim National Government established after the elected president Moshood Kashimawo Olawale Abiola was prevented from assuming office.

Iorchia Ayu has been a three time minister with tangible impacts in the nations fabric.

His ministerial journey kicked off when he became the Minister for Education in General Sani Abacha’s military government between 1993 and 1998, and chaired a workshop on Technical Education in Nigeria, seeking ways to learn from Germany, the United States, Britain and Japan in March 1994.

Following his support in the 1998-1999 campaign to elect President Olusegun Obasanjo on the platform of the PDP, the former Senate President was appointed the Minister of Industry in June 1999, which he served till 2001.

Technical Education in Nigeria, seeking ways to learn from Germany, the United States, Britain and Japan in March 1994.

It was in the period that He announced that Nigeria was negotiating security pacts with its northern neighbours Niger and Chad to clamp down on smuggling, human trafficking and cross border banditry.

In June 2004, he inaugurated the Prisons Monitoring Committee to secure the rights of prisoners to acceptable conditions and in August 2004, he disclosed that his ministry had started the distribution of national identity cards, saying the new card was to serve for identification purposes and validation of other documents, such as passports and driver’s licences.

Also, he said the cards would be a tool for controlling migration flows, generating data for government planning, and detecting crimes.

During a cabinet reshuffle in June 2005, Ayu was reassigned to become Minister of Environment, which he served from June 2005 to December 2005, when he was dismissed by Obasanjo after a fell out with the then-president.

Following his fallout with former President, Obasanjo, in 2007, Ayu dumped the PDP and cross carpeted to the Action Congress (AC). He headed the campaign to elect Vice President Atiku Abubakar as president on the platform of AC in April 2007.

However, Atiku, who was strongly opposed by Obasanjo, lost to late President Umaru Musa Yar’Adua of the PDP.

After a brief stay away from politics, Ayu again returned to the PDP playing the role of a big strategist even though the PDP lost to President Muhammadu Buhari in 2015, Ayu stayed on playing an active role in the 2019 General elections where even though the All Progressives Congress (APC) still took the day, he was a key figure in ensuring that the PDP coaster to victory in his home state of Benue.

The new Chairman has already began with a strong message to the ruling APC, in his victory speech earlier this morning.

“The PDP is back. We are determined. The other one is a contraption.

“In two weeks time you will see the power that will come back in PDP in every state. A small group of people decided to divide Nigeria. We will unite the country and move ahead to develop this country.

We did it before, we will do it again. The other party can never hold a convention… It is a challenge. This is a quit notice to the other party. We are taking back the country. We will develop the country.”

It is clear that a new sheriff is in town and he means business. For those who know Ayu, he is a man of few words but plenty action and a stickler for performance with precision.

Based on this pedigree, everyone should watch out for the new PDP and it’s mission to rescue itself and the nation. For it has remembered where it came from and shall certainly begin another journey to the initial destination having a man with the master plan leading the journey.