APC Has No candidate in November 6 Election in Anambra State, say the State’s CSOs 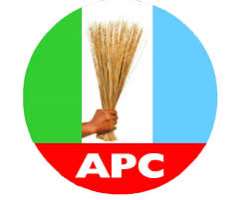 The Coalition of Civil Society Organizations in Anambra State has asserted that the All Progressives Congress (APC) has no candidate in the November 6 gubernatorial election in Anambra State, describing Senator Andy Uba’s candidature as a ruse.

“Everyone knows that the APC has no candidate in this election”, the coalition said today in a statement signed by Dr Vincent Obiatuegwu, the Public Affairs and Social Mobilization Director of the organization.

Corroborating official reports by the Independent National Electoral Commission (INEC) and the Department of State Security (DSS) on the supposed APC congress in Anambra State last June 23, Dr Obiatuegwu stated that there was no primary election in the state which Senator Uba or any of the 14 governorship aspirants could have won.

The judiciary, he observed, would certainly rule even after November 6 that the APC did not validly field a candidate in the election.

Even top shots in the Presidency as well as members of the National Assembly and other senior party operatives have long come to terms with the fact that the APC has no candidate in the election, the statement added.

“A handful of elements”, according to the coalition, “sat together at Golden Tulip Hotel at Agulu on June 26 and cooked up fantastic figures in the name of vote allocations to the 14 APC gubernatorial aspirants.

“Uba received an unbelievable 320,201 out of a supposed 348,490 votes in a state where the APC got the least number of votes in the country in the 2019 general election because APC’s numerical strength in the state is not more than 30,000”.

None of the other 13 contestants have endorsed Uba.

It is rather reliably understood that Chief Moghalu has the support of key persons in The Presidency who believe he is fighting for justice, comparing his action to that of President Muhammadu Buhari who went to the Supreme Court three times in search of justice after presidential elections.

According to Obiatuegwu, who revealed that the coalition has adopted Professor Chukwuma Charles Soludo, the All Progressives Grand Alliance (APGA) candidate in the November election. Some senior people in both the party and The Presidency have privately endorsed the reform-minded former Central Bank of Nigeria governor who consolidated the Nigerian banking system between 2005 and 2010, earning him the world’s Central Bank of the Year award for two consecutive years.

An internationally recognized economics professor, Soludo is a member of the President Buhari Committee of Economic Advisers and the only African chosen to work, in the wake of the 2008 economic meltdown, on the United Nations Panel of Experts to reform the global economic and financial system under the leadership of Joseph Stieglitz, the American Nobel Prize winner in Economics in 2001.