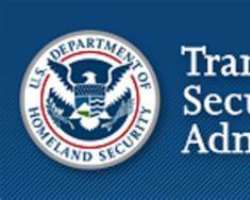 This award is a recognition of Mr. Hamad's constructive and professional working relationship and partnership with the Transportation Security Administration (TSA) in Michigan. The Certificate was presented to Mr. Hamad at the AHRC office in Dearborn on September 21, 2021.

The Certificate was presented on the 20th anniversary of September 11 terror attacks. The Certificate expresses appreciation to Mr. Hamad’s leading efforts towards enhancing safety and security while advancing diversity, inclusion and respect for human rights.

Mr. Hamad believes that law enforcement and the community they serve are partners, not adversaries. Therefore, he believes in building bridges between the Arab and Muslim American communities and all law enforcement agencies with the guiding values being ensuring the safety of the country while respecting the civil rights, civil liberties and human rights of all. In this spirit, Mr. Hamad and former US Attorney Jeffrey Collins founded BRIDGES ((Building Respect in Diverse Groups to Enhance Sensitivity). Mr. Hamad co-chaired BRIDGES until 2013. This model of engagement helped build trust and created a forum for ongoing engagement throughout the years. Mr. Hamad presented on BRIDGES at national and international forums.

AHRC greatly appreciates the immense work that Mr. Hamad does advancing the mission of AHRC. AHRC is committed to engagement and dialogue as the best ways to advance its mission. Engagement with all stakeholders remains the best way for a democracy to provide security to its citizenry while respecting the rights of all stakeholders.

“We thank the TSA for this recognition of Imad’s tireless efforts to build bridges of understanding and respect,” said Dr. Saleh ‘Muslah, AHRC Board President.

“This recognition is well-deserved,” said Imam Elturk- Founding Member and Executive Board Member of AHRC. “Imad has been indispensable for AHRC’s success in advancing its mission,” added Elturk.

The American Human Rights Council (AHRC) is dedicated to defending and protecting human rights as outlined in the U.S. Constitution and the United Nations 1948 Universal Declaration of Human Rights (UDHR). The AHRC was formed to protect these rights and advocate for anyone whose rights are being violated or denied. To that end, the AHRC will build a tenacious, objective, and carefully guided advocacy program that will serve to defend individual human rights, whenever and wherever they are being infringed upon.