Nigeria is not making progress because Buhari has been caged: Northern youth group 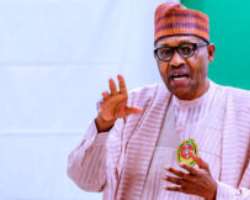 The Northern Youths Leaders Forum says the country is not making progress because President Muhammadu Buhari, has been caged physically and spiritually.

The NYLF President, Elliot Afiyo, disclosed this in Yola on Friday while speaking on the defection of Femi Fani-Kayode – a former minister of aviation – from the Peoples Democratic Party into the All Progressive Congress.

He stated that FFK's defection from the PDP to APC did not come to the group as a surprise.

According to him, FFK is entitled to use his only available political weapon, which is his tongue, to eat.

The group said it was confident that none of the governors who received its endorsement to vie for the presidency would ever defect to the APC.

Afiyo said, “We want to clearly state, without mincing words, that Senator Bala Mohammed has not and will never defect to APC. He has never, at any time, discussed the issue of defection with FFK.

“The country is sinking and there is the need for patriots and everyone to come together to rescue the country against the conspiracy by a few elite, of which FFK, by his actions, is a prominent member.

“The signs are not hard to see; Buhari is caged spiritually and physically. This is because there is a conspiracy against Nigeria by some Nigerian conspirators. If not, how do you explain the defection of Femi Fani-Kayode into the APC?” the group said.

Afiyo urged Nigerians not to be distracted or discouraged, saying it is an obvious fact that the President and his party have failed Nigerians.

“We should not be distracted, discouraged or in despair because of people that are identifying with conspirators because of a pot of porridge. We will surely sing hallelujah in 2023 by His grace,” Afiyo stated.