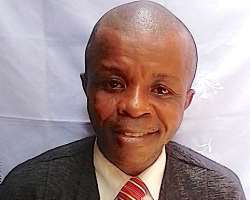 It is evident that the actions and inactions of Senator (Dr) Ifeanyi Okowa, the Executive Governor of Delta state, in past six years of his administration, not only supports but seamlessly aligned with the saying that development of initiatives which focuses on social dimensions, and consist of introducing comprehensive plans to enrich human capital and enable citizens grow through education, training and support, are the major attributes/preoccupation of good leaders.

This opinion was arrived at after reading/listening to Senator (Dr) Ifeanyi Okowa, in the last one month speak at different events on the efforts his administration is making to curb youth unemployment in the state. One thing is evident; Delta as a state may be unconnected with the argument in some part of the country that the greatest militating factor is leadership, the biggest failure are leaders’ imagination and most stubborn refusal to admit the need for change.

Out of many instances, this intervention will focus on two examples.

The first was at the occasion of the 2021 International Youth Day Celebration, organised by the States Ministry of Youth Development in Asaba, the State capital, and had as theme; Transforming Food Systems: Youth Innovation for Human and Planetary Health, the gover­nor said that, for the nation to effectively tackle the challenges of youth unemployment and restiveness in the coun­try, there must be a deliber­ate effort by governments at all levels, individuals and other stakeholders, to give agriculture its rightful place, qualifies him as one of those outstanding leaders. Some natural resources as oil and gas are exhaust­ible, but agriculture was as old as man’s existence and would out-live man, adding that its importance in the provision of employment and food for man could not be overemphasized.

The second was atthe 2021 Annual Lecture and Symposium organized by Ripples Centre for Data and Investigative Journalism (RCDIJ), held on Wednesday August 25, 2021, at Sheraton Lagos Hotel, Lagos. The lecture had a theme; Rebuilding Trust in a Divided Nigeria: Advancing the Conversation.

These programmes he said are trainee-centred and service-oriented. The sectors and activities covered include agriculture, agricultural value chain services, vocational skills-based microenterprises and cottage enterprises. Furthermore, the training and mentoring processes aim beyond raising entrepreneurs to producing leaders and managers that have high levels of personal responsibility and effectiveness. I am pleased to let you know that after six years of faithful implementation of these programmes, we have trained and given business support packages to several thousands of youths.

Following the success of these interventions and other efforts in promoting technical education, Delta State was ranked the Best State in Human Capital Development in the 2017States Peer Review by the National Competitiveness Council of Nigeria. Also in 2020, Delta was adjudged to be the Second Least Poor State, coming only after Lagos, Nigeria’s business hub, according to the Nigerian Bureau of Statistics (NBS).

Indeed, there exists a torrent of lessons the Federal Government on one hands, and the Niger Delta Amnesty Programme handlers must learn from the above account particularly as there exists within the government at the Federal Level a long history of inabilities to come up with, and implement a well-foresighted plan as demonstrated/demanded above. These particular failure/failings have forced many Nigerians at different times and places query the Amnesty handler’s intelligence and in some cases concluded that most of the coordinators lack distinct set of aptitude a leader must demonstrate in three central context of work; the accomplishments of task, working with and through other people, and judging oneself and adapting one’s behaviors accordingly.

There exist other concerns expressed in the past about the Amnesty programme.

But looking at commentaries, the Niger Deltans with critical interest, are not particularly happy that the FG has abandoned the original amnesty document as proclaimed by Yar’Adua which was meant to stand on a tripod-with the first part of the tripod targeted at disarmament and demobilization process; the second phase to capture rehabilitation which is the training processes, while the third phase is the Strategic Implementation Action Plan. This last phase, they noted, was designed to massively develop the Niger Delta, but unfortunately ignored by the Federal Government.

Regardless of what others may say, proper management of these teaming youth and integrated development of the region are the panaceas to determining the success or otherwise of the programme. Like Comrade Evah, the National Cordinator, Ijaw Monitoring Group, rightly noted recently, when asked to comment on the performance of the current Niger Delta Amnesty Programme, It is only by engaging these teaming youths through employment creation that the incessant youth restiveness can be arrested.

To copiously quote him, he said in parts; the current coordinator has just arrived. The current coordinator is less than one year in that office and we have told him that we want all our boys who are yet to be trained to be trained. If he cannot train all of them, we will tell him that he is a failure. We want him to train them because they are just roaming about. They can become another threat to our homeland. Let us train them. The resources in the Niger delta can be used to create industries to absorb them. If the amnesty office can buy fishing trawlers and train our people in ocean rowing, fish processing, it will create job opportunities for our people. There are abandoned fishing trawlers in Lagos. The Amnesty office can buy them for this purpose. The number of people that will be needed to do that job will double. We will discover that the number of youths presently trained will not even be enough. We need more than 10,000 people for amnesty to go and engage in seafood processing.

If we make use of the Atlantic Ocean for seafood trade with our youths and we have fishing trawlers, we can feed the Niger delta and even export fishes. All these are solutions that we have given to them. We therefore, want the new coordinator to be practical. What the previous ones did not do, he should do it; train our youth in seafood processing and marketing and engage the idle brain. He concluded.

Indeed, Comrade Evah in my view may not be wrong.