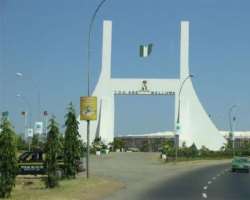 
ABUJA, July 12, (THEWILL) - The Inter-Ministerial Committee for the establishment of FCT Service Commission, Office of the Surveyor General and the FCT Board of Internal Revenue has commenced sitting.

The Committee which is chaired by the Secretary to the Federal Government (SGF), Alhaji Yayale Ahmed held its inaugural meeting on Monday at the SGF’s Conference Room at the Central Business District, Abuja.

Yayale Ahmed recalled that the Committee was set-up by the Federal Executive Council to holistically study the presentation by the FCT Minister on the establishment of the above mentioned bodies and remove grey areas to avoid any institutional conflict thereafter.

He enjoined all the members to make frank contributions and get all sister federal institutions/agencies to synergize to ensure better results when eventually established.

Briefing members of the Committee, the FCT Minister, Senator Bala Abdulkadir Mohammed insisted on a proper institutional framework if the reform in the FCT Administration can be sustained and make the desired impact.

The Minister noted that Section 299 of the 1999 Constitution of the Federal Republic of Nigeria provides that the Federal Capital Territory should be administered as if it were one of the States of the Federation; adding that Order I of 2004 worked towards providing a separate service for the FCT by demerging the FCT Administration from the main stream service.

The idea of the FCT Service Commission, the Minister said was muted to effectively tackle all recruitment needs of the FCT Administration and its Agencies as well as taking decisions on its personnel matters like disciplinary cases.

While the need for the Board of Internal Revenue was borne out of the desire to tap all available funds in the Territory and reduce dependence on Federal allocations.

According to him, there are many competing needs of the Federal Government and the resources are scarce, so the Administration will have to look at other areas.

"Due to the reduction of fiscal allocation from the Federation Account, the FCT Administration ought to look for other sources of revenue to enable it discharge its statutory responsibilities", he said.

The Minister reiterated that the upgrading of the FCT Department of Mapping & Survey to the Office of the Surveyor General of FCT is in line with what obtains in other States of the Federation which he stressed will improve land management, revenue generation and socio-economic planning and over all development of the Territory.

The Inter-Ministerial Committee thus set-up a smaller committee comprising of four members to liaise with other related Federal Agencies to marshal out salient points and get their concurrences. The Sub-Committee has one week to submit report to the main Committee.