Communique Of The Inaugural Meeting Of Akoko Edo Forum 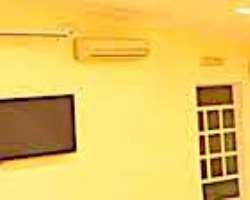 Akoko Edo Forum (AEF), a recently formed umbrella group of Akoko Edo sons and daughters in Nigeria and the diaspora, held its inaugural meeting on Saturday, September 4, 2021, thanks to the Zoom virtual technology platform. The meeting had notable Akoko Edo sons and daughters in the private and public sectors, including industry captains, professionals, academics, retired military officers and civil servants, political office holders, etc. The meeting provided the attendees' opportunity to discuss the core objectives of the Forum as a vehicle and the desire to support the developmental trajectory of the Akoko Edo Local Government Area (LGA). It is said to be the oldest local government in Nigeria but has the unenviable status as one of the least developed amongst the774 local government areas in the country.

The meeting commenced with a welcome address by Dr. Richard Bagudu. He gave insights into theformation and the need for an umbrella Akoko Edo group like AEF to help change the underdevelopment narrative of the oldest LGA in Nigeria. He emphasized that irrespective ofwhatever is responsible for the pathetic state of Akoko Edo, the Forum believes it is high time it is checked because, as the saying goes, "all evil requires to succeed is for all good men to do nothing." The "good people have woken up," he further stated. He solicited the support of all participants and other Akoko Edo sons and daughters wherever they might be to take the issue of changing AkokoEdo into a model LGA very seriously and urgently.

Mrs. Mary Opii introduced the Select Committee, which comprises six members working assiduously as the secretariat of AEF, considering the need to ensure active participation in the Forum. She said, "the Select Committee will moderate and collate suggestions in charting a path for developing Akoko-Edo and creating a platform for the people to hold their leaders across the board accountable." She introduced all members of the Select Committee and went further to name the nine committees earlier constituted to cover every sector of development, the chairmen, and the secretaries. Dr. Charles Jagun moderated the interactive session, while Mr. Ifedayo Udiani managed the virtual hosting for a hitch-free meeting. He explained in detail the activities of each of the committees along with the identified challenges. He suggested ways of working with other stakeholders to reverse thesad state of the LGA.

At the end of the inaugural meeting, AEF resolved that;