No, To Islamization, No To Islamic Emirate Of Nigeria, Pursue Unity If Possible And Let’s Reduce Deaths Like Olajide Sowore 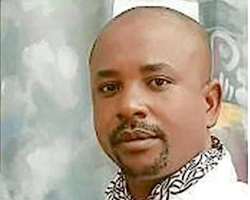 America, the international community, and other outside powers, are fighting so many fronts which include the Covid19 pandemic, devastating floods, hurricane and now the Afghanistan matter. So, Nigeria, a Black nation does not appear to be on top of their urgent list. Meanwhile, targeted killings along ethnic and religious lines are expanding in Nigeria almost daily, especially against Christians who are also been ignored by the international community and by the Biden-Harris administration. The current fraction of leadership that is ruling Nigeria now are mostly men and women from the same religious and/or ethnic background, who are being accused of wreaking havoc in Nigeria. These killing are not resulting due tocultural differences between Nigerians, but hugely from the hands of some persons of Fulani and Islamic backgrounds.

In Nigeria, Governor Samuel Ortom of the State of Benue in a recent interview with BBC said President Muhammadu Buhari is responsible for the killings in Nigeria. He has once again accused the President, as been responsible for the killings in Nigeria as he has “not brandedthe Fulani bandits as terrorists just like the way he branded IPOB a terrorist group and the way he tagged Nnamdi Kanu and Sunday Igboho” two freedom fighters of non-northern and Islamic backgrounds. Governor Atiku Baguduof Kebbi State call to declare killer bandits as “terrorists” by Buhari’s Government must be done or the President will continue to be perceived by many Non-Northern Muslims as complicit.

A prominent Nigerian with strong American ties, human rights’ activist, Omoyele Sowore a big critic of Buhari anti-democratic policies just made it known that his brother Olajide Sowore, was murdered in cold blood by gunmen suspected to be kidnappers in the Okada area of Edo State. There are concerns that this type of killings might be very suspicious. Joe Okei-Odumakin, President of Centre for Change, reportedly noted that given that the Buhari administration has been behind in its response to previous killings all over the country could be viewed as indifferent and, even complicitespecially when reportedly involved possible murders by bandits. She noted that the Buhari Government is known to be in running battle with the victim’s brother, over the issue of good governance as such the Buhari administration and police must fully tell Nigerians what they are doing about this unique case. Before his death, he was a student of IgbinedionUniversity, Okada, where he was studying Pharmacy. He was murdered by suspected kidnappers who left with five abductees after the apparent targeted killing of the victim.

It is not unusual for gunmen associated with a government to be involved in the killing of its political enemy or those close to the political enemy. Recently, Haitian President JovenelMoïse on July 7, while in his house in the capital was killed. Implicated in the plot, include businessmen, former officials, and former Colombian soldiers.

In America, the CIA have been reported to be involved in killing a string of leaders elsewhere around the world – either directly or, more often, using sympathetic local military, or locally hired criminals. Why we should not see the Buhari security and intelligences officials as involved in the killing of Olajide Sowore, the younger brother of a former African Action Congress (AAC) Presidential candidate, Omoyele, a harsh foe of Buhari the manner andthe type of environment where the victim was killed potentially allows for the appearance of public suspiciousness.

President Gerald Ford in 1976 signed an executive order stating: “No employee of the United States government shall engage in, or conspire in, political assassination.” I would like President Buhari to issue such executive order in regard to police brutality, extra judicial killings and other related killings.

The present Islamic and Fulani led government in Nigeria is taking advantage of the laissez-faire approach of the western superpowers in the Nigeria affairs but for how long? America's responsibility as champions of freedom everywhere needs to extend to the Nigerian people. The Biden administration in the strongest denunciation must warn the Buhari leadership that these targeted brutality and killings of Christians must stop now. The Biden administration should weigh in and study if possible ‘genocide’ of Christians is quietly taking place in Nigeria under Buhari. The human rights abuses and unlawful detentions of persons of Christians, southern and western backgrounds by security and law enforcement agencies under the supervision of Northernofficial heads remains dominant. America and the international community must hold Buhari and his Islamic led government accountable for the reported religious persecution of Christians—and counter any oppressive campaign by any group to destroy human and property rights in Nigeria.

While I do agree that there has been what appears as reactive killings of Fulani Muslims including the innocent ones by non-northern Christians with the nation’s government mostly under persons of Fulani ethnicity, the perception is that President Buhari is providing sanctuary for the Fulani killers. As a result, of Buhari’s futile presidency we see deadly killings, traumatic deaths and hunger deaths of both northern Muslims and Nigerian Christians everywhere, as such one of his kinsmen, Dr Hakeem Baba Ahmed, a veteran civil servant and Spokesman of the Northern Elders Forumhas called for his self-removal.

Nigeria except it continues with its current unusual crisis approaches to unity it needs to start practicing common sense psychology to governance and democracy as that is one positive and lasting way to allow its citizens to find common ground. John Egbeazien Oshodi is an American based Police/Prison Scientist and Forensic/Clinical/Legal Psychologist. A government Consultant on matters of forensic-clinical adult/child psychological services in the USA; Chief Educator and Clinician at the Transatlantic Enrichment and Refresher Institute, an Online Lifelong Center for Personal, Professional and Career Development. A former Interim Associate Dean at the Broward College, Florida. The Founder of the Dr. John Egbeazien Oshodi Foundation, Center for Psychological Health and Behavioral Change in African settings. In 2011, he introduced the State-of-the-Art Forensic Psychology into Nigeria through N.U.C and the Nasarawa State University where he served in the Department of Psychology as an Associate Professor. The Development Professor and International Liaison Consultant at the African University of Benin, and a Virtual Faculty at the ISCOM University, Benin of Republic. Founder of the Proposed Transatlantic EgbeazienUniversity (TEU) of Values and Ethics, a digital project of Truth, Ethics, Openness. Author of over 40 academic publications/creations, at least 200 public opinion writeups on African issues, and various books.