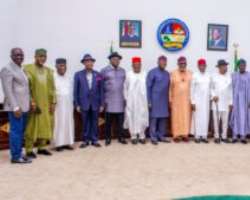 As the September 1 target set by the Southern Governors' Forum to ban open grazing in southern states approaches, findings by Nigerian Tribune have shown that not all the states are ready for the enforcement.

While states in the South-West and South-South are making steps in that direction, some of the states in the South-East have not even commenced process to make the ban legal. In Ogun State, the anti-grazing bill had been passed by the state House of Assembly, with the establishment of cattle ranches in some designated grazing areas in the state.

A section of the bill, which passage came two months after the governors' meeting, prescribed three-year jail term without an option of fine, including the forfeiture of the herds of cattle or livestock to the state government. The bill is, however, yet to be signed into law by the governor, Prince Dapo Abiodun. Also in Ondo State, the house of assembly had passed the bill and awaiting executive approval.

A statement late night by the Commissioner for Information and Orientation, Donald Ojogo, however, said Governor Oluwarotimi Akeredolu will sign the bill into law today. Earlier attempts to speak with relevant authorities on the issue were not successful but findings showed that the bill had been forwarded to the governor, who had also forwarded it to the ministry of justice for legal inputs.

Oyo State is ready for the full enforcement of the law, as it expressed its readiness for the September 1 deadline with a task force almost in place. Chief Press Secretary to the Governor, Mr Taiwo Adisa, speaking to Nigerian Tribune on Monday said tomorrow's deadline was simply in line with the passage into law of the bill by the assembly in Oc- tober 2019. Though he decried that enforcement of the law, since passed in 2019, had been slow, Adisa said the task force, to be set up, will go all out to ensure implementation.

Ekiti State government said it would begin the enforcement as from tomorrow. Commissioner for Information, Mr Akin Omole, in an interview with Nigerian Tribune on Monday said the Ekiti Anti-Grazing Law enacted in 2016 and amended recently by the current administration was clear on grazing openly in any part of the state. Omole said, “Don't forget it is not a decision by the state government alone but the southern governors and I want to say it has not been changed or any decision to alter it at any time, It remains.” Asked on how the government will start the enforcement tomorrow, the commissioner said, “You wait and see what will happen on Wednesday and if you see any breach, you can call our attention to it.” Investigation by Nigerian Tribune showed that Delta State, which hosted the May 11, 2021 meeting of the governors, is yet to enact the law.

The bill, Nigerian Tribune gathered, is still at the Delta State House of Assembly committee level, after it went through the first and second reading in July, while the joint committee of the assembly recently organised a stakeholders' public hearing. At the hearing, the cattle rearers demanded designated areas for livestock breeding, rearing and markets in the 25 council areas of the state, asking for an area not less than 30,000 square metres as against 5,000 square metres being proposed in the bill.

In Edo State, a former speaker of the state House of Assembly, Mr Frank Okiye, said the assembly had been waiting for Governor Godwin Obaseki to send an executive bill to that effect. Permanent Secretary, Ministry of Information, Mr Joses Sede, however, told Nigerian Tribune that the issue of open grazing by herdsmen “is not a problem in Edo State.” While Governor Udom Emmanuel of Akwa Ibom State immediately after the Asaba meeting sent the bill to the state House of Assembly for legislative consideration and passage, it was gathered that the assembly merely set up a committee to consider it.

Chairman of the assembly committee on information, Mr Aniefiok Dennis, assured that the bill had got to the second reading and could pass it before tomorrow deadline. Rivers and Bayelsa states have signed the bill into law with Governor Nyesom Wike of Rivers State and Governor Douye Diri of Bayelsa State saying that it was to ensure peace and order in their respective states.

The situation, Nigerian Tribune discovered, is more dic- ey in the South-East, where Governor Hope Uzondimma of Imo State broke away from the resolution on open grazing and, instead, opted for “partnership between farmers and herders.” Governor Uzodimma, after a meeting with President Muhammadu Buhari penultimate Friday, had told State House correspondents that in Imo State, there is no law forbidding open grazing by cattle rearers, adding that in the absence of such a law, his government was trying to regulate grazing activities through collaboration between the farmers and herders.

In Ebonyi State, the game of mistrust started with the rumour that the state had benefited from the N6 billion the Federal Government released to some states for cattle ranching. But the Commissioner for Agriculture, Chief Moses OgodoAli Nome, in a telephone interview with Nige- rian Tribune, debunked the statement. He, however, said the government did not propose to give any land for grazing, adding that no land will be allowed for grazing routes. In Enugu State, the public hearing on the anti-open grazing bill, Nigerian Tribune gathered, is slated for today, just a day to the set date, while in Abia State, the government said it had, two years ago, passed the bill into law.

The situation in Anambra State is, however, unpredictable, as the earliest time fixed by the state House of Assembly to debate it is November, after the governorship election. Confirming if the antiopen grazing law had been forwarded to the legislative house for debate, the lawmaker representing Orumba North and deputy majority leader, Emeka Aforka, in a telephone interview, said full attention would be given to the bill shortly after the November 6 governorship election in the state. Don't frustrate enforcement, Afenifere tells FG The Federal Government has been enjoined not to jeopardise the effective enforcement of the law in the southern states.

In a release signed by Comrade Jare Ajayi, national publicity secretary of the pan-Yoruba sociopolitical organisation, Afenifere, on Monday, the group said as the reality begins to dawn that there would no longer be opportunity for open grazing, the Federal Government might be tempted to use its might to frustrate the ban. Afenifere said doing so might be compounding the already bad security situation in the country.

“Since the police is under the firm control of the Federal Government, it is possible to use the agency to frustrate the efforts of the states in this respect. “For, as reality in Nigeria has repeatedly shown, the problem, most of the time, is not just in having a legal instrument in place but in enforcing the laws,” the organisation said. It recalled that when some states in the North banned the selling and drinking of alcohol in public, they did not rely on the federally-controlled Nigeria Police to enforce the law in their respective states, adding that they rather set up Hisbah (local police) to enforce the law. It asked that Amotekun and Ebube Agu in both the SouthWest and South-East respectively be empowered like Hisbah to enforce the anti-open grazing law. (Nigerian Tribune)