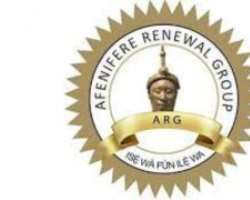 With the September 1 target set by the governors of the 17 states in the Southern part of Nigeria to begin implementation of anti open grazing law, the federal government has been warned not to jeopardise the effective enforcement of the law.

The Pan-Yoruba socio-political organisation, Afenifere made the call in a statement issued Monday by its National Publicity Secretary, Comrade Jare Ajayi. According to him, as the reality begins to dawn that there would no longer be a room for allowing cows to roam about anyhow, the federal government might be tempted to want to use its might to frustrate the efforts of states governments in this regard. He disclosed that this can be done using the police and other security agencies to undermine the enforcement of the law.

Ajayi however warned that doing so might be compounding the already bad security situation in the country. It would be recalled that the 17 Southern States' Governors at their meeting in Lagos on July 5, 2021, announced that open grazing of cattle would no longer be allowed in their respective states from September 1, 2021.

He said, “As the take-off date is knocking, it is clear that many states are ready to work their talks going by the way laws to give legal backing to the proclamation have been passed or are in the process of being passed. Of course, a few are yet to begin the process. “As reality in Nigeria has repeatedly shown however, the problem, most of the time, was not in having a legal instrument in place but in enforcing the laws.

Unfortunately and regrettably, the chances of its being successfully enforced are slim because of the lopsided nature of the country's policing system. In Nigeria today, only the Nigerian Police can investigate and prosecute a suspect in a criminal case. “Since the police is under the firm control of the federal government, it is possible to use the agency to frustrate the efforts of the states in this respect. Enforcement of the law against open grazing is made more difficult when the interest of the powerful is at stake – as is the case on this issue of open grazing of cattle.”

The organisation insisted that the disposition of the federal government under President Muhammadu Buhari is opposed to the declaration by the Southern Governors, noting that therein lies the challenges of how the law can be successfully made to work as envisaged.

According to him, when some states in the North banned the selling and drinking of alcohol in public, they did not rely on the federally controlled Nigeria Police to enforce the law in their respective states, stating that rather they set up what they called Hisbah (local police) to enforce the law. He then enjoined the states concerned in the South to toe the same line, saying it may not be out of place if they also explore the means of ensuring the compliance of the laws they passed on grazing of cattle. “Incidentally, some states already have an instrument they could use for that purpose. By this one is referring to Amotekun in the South West and Ebube Agu in the South East.

These local security networks should be allowed to enforce state laws particularly the one on open grazing. “After all, the law against the selling and open consumption of alcohol is being enforced by Hisbah in the North. What is good for goose should be good for the gander”, Ajayi added. (THISDAY)