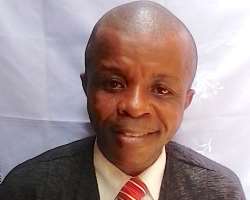 Asked to comment on the performance of the current Niger Delta Amnesty Programme coordinator, he (Evah) responded this way; No, the current coordinator has just arrived. The current coordinator is less than one year in that office and we have told him that we want all our boys who are yet to be trained to be trained. If he cannot train all of them, we will tell him that he is a failure. We want him to train them because they are just roaming about. They can become another threat to our homeland.

Let us train them. The resources in the Niger delta can be used to create industries to absorb them. If the amnesty office can buy fishing trawlers and train our people in ocean rowing, fish processing, it will create job opportunities for our people. There are abandoned fishing trawlers in Lagos. The Amnesty office can buy them for this purpose. The number of people that will be needed to do that job will double. We will discover that the number of youths presently trained will not even be enough. We need more than 10,000 people for amnesty to go and engage in seafood processing.

If we make use of the Atlantic Ocean for seafood trade with our youths and we have fishing trawlers, we can feed the Niger delta and even export fishes. All these are solutions that we have given to them we therefore, want the new coordinator to be practical. What the previous ones did not do, he should do it; train our youth in seafood processing and marketing and engage the idle brain. He concluded.

Indeed, Comrade Evah in my view may not be wrong.
There exist a long history of inabilities on the part of the nation’s successive amnesty handlers to come up with, and implement a well-foresighted plan. These particular failure/failings have forced many Nigerians at different times and places query the handler’s intelligence and in some cases concluded that most of the former coordinators lack distinct set of aptitude a leader must demonstrate in three central context of work; the accomplishments of task, working with and through other people, and judging oneself and adapting one’s behaviors accordingly.

There exists other concerns expressed in the past about the Amnesty programme.

But looking at commentaries, the Niger Deltans with critical interest, are not particularly happy that the FG has abandoned the original amnesty document as proclaimed by Yar’Adua which was meant to stand on a tripod-with the first part of the tripod target at disarmament and demobilization process; the second phase to capture rehabilitation which is the training processes, while the third phase is the Strategic Implementation Action Plan. This last phase, they noted, was designed to massively develop the Niger Delta, but unfortunately ignored by the Federal Government.

Regardless of what others may say, proper management of these teaming youth and integrated development of the region are the panacea to determining the success or otherwise of the programme. Like Comrade Evah rightly noted, It is only by engaging these teaming youths through employment creation that the incessant youth restiveness can be arrested.

So using the above scenario as a dashboard to correct our leadership challenge which is gravitating towards becoming a culture, it would be important for us as a nation to openly admit and adopt both structural and managerial changes if achieving this agenda is at the centre of our goal. This to my mind will necessitate our leaders welcoming approaches that impose more leadership discipline than conventional, and creating government institutions that are less extractive but more innovative in operation.

This shift in action is important as ‘we cannot solve our socio-economic challenges with the same thinking we used when we created it’. And this time is auspicious for our government to bring a change in leadership paradigm by switching over to a leadership style that is capable of making successful decisions built on a higher quality of information while dropping the age long mentality which presents execution as more important than idea incubation.

.
Very instructive also, finding a solution to the societal problems vis-a-vis youth unemployment and developing a climate of sustainable future and innovation is another part of the goal that needs a disciplined attention. Youths challenge cuts across, regions, religion, and tribe, and have led to the proliferation of ethnic militia as well as youth restiveness across the country. This may, in turn, hamper the peace needed if handled with levity. But this threat has become more pronounced in the oil-rich region of the country with the chunk of the proponents spearheaded by the large army of professionally-trained ex-militants currently without a job. Proper management of these teaming youth is the panacea to determining the success or otherwise of the 2030 sustainable agenda, it is only by engaging these teaming youths through employment creation that the incessant youth restiveness can be abated.


Like the 2030 sustainable goal which was formulated to among other aims promote and carter for people, peace, planet, and poverty, achieving the present result in the Niger Delta will depend on the efforts of our government/leaders.