EFCC docks 2 for swindling a German and an American $1m 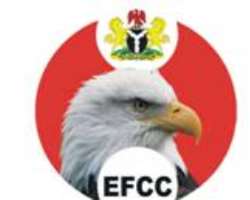 d: 07/09/10 EFCC docks 2 for swindling a German and an American $1m advertisement
Listen to article


The Economic and Financial Crimes Commission, EFCC has arraigned one George Nwokonko, 48, before a Lagos State High Court sitting in Ikeja for allegedly defrauding Mr. Parkin Ali, a German national of the sum of $904,550. The accused was arraigned on a 6 -count charge of obtaining money by false pretence and forgery.

Nwokonko pleaded not guilty to the 6- count charge when it was read to him.  However, Nwokonko's counsel attempt to move for bail was vehemently opposed by counsel to EFCC, George Adebola who said he was statutorily entitled to time to respond.  The trial judge, Justice L. A. Okunnu ruled that EFCC counsel was entitled to time to respond to the bail application and, consequently adjourned the matter to July 13 for ruling while fixing 22/23 September  2010 for trial. The judge also ordered that the accused person be remanded in Kirikiri prison.

Nemesis caught up with Nwokonko when on September 10, 2008, EFCC received a petition from Mrs  Frieda Springer-Beck on behalf of Mr. Pakbin Ali.  The petitioner alleged that George Nwokonko and others defrauded Pakbin Ali of about $1 million in a scam in 1995. She added that though the matter had been investigated in the past by the Special Fraud Unit of the Nigeria Police, nothing concrete was achieved. EFCC operatives then went into action.

In a similar development, EFCC also arraigned one Folayemi Oloye at the Ikeja High Court presided over by Justice L. A. Okunnu for obtaining money by false pretence. Oloye was arraigned on a 10 count charge of obtaining $133,000 from Nousshin Hart under false pretence. Oloye, alias Cole Whannel claimed that the money represents fees for storage, shipping charges and taxes for exportation of coconut for Bio fuel to the United States of America. In a petition by Ronald Nolan, a legal attaché of United State Consulate on behalf of one Dr. Nousshin Izadifor Hart of Houston, Texas, Oloye was said to have fraudulently obtain the sum of $133,000 under the pretence that the money would be used to export coconut to America for Bio Fuel which he never did.

Oloye and Izadifor Hart, a Radiation Oncologist met online through a dating service called e- harmony that matches single men and women based on compatibility. Oloye was introduced to Hart as a 49- year old, Mechanical Engineer and widower based in Houston, who lost his wife some years ago. In the course of their interaction, the suspect informed the complainant that he has a company and was in Nigeria seeking to purchase raw coconut to be used in the US as bio-fuel. He claimed he needed money and had no access to his account in the US, and was basically stuck in Nigeria. Persuaded by the love she had for Oloye, Hart wired $133,000 to him in several trenches.

But Oloye pleaded not guilty to the 10 count charges July 7. Justice Akunnu, has fixed ruling on the bail application for 19 July while ordering that the accused be remanded in prison custody.