Disregard The Propaganda Against The Covid Vaccines 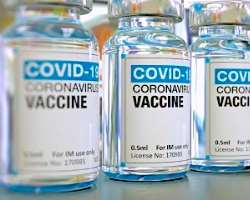 The population of the Uganda is 44m. It’s likely that over the next 12-18 months, half the population will become infected which is a conservative estimate considering how infectious it is -- over 1,400 cases are reported daily. Considering what we already know, approx. 10% will be hospitalised (4.4m people) this year alone. I’ve purposefully been very conservative with the estimates. It could well end up being a lot higher.

Uganda launched its mass COVID-19 vaccination program in March 2021, but it has met a lot of problems. According to the Ministry of Health, Uganda aims at vaccinating at least 49.6% of its population (21,936,011) with Oxford University–AstraZeneca COVID-19 vaccine at different phases.

First of all, there isn’t enough vaccines for everyone in the country. Uganda is among the African states that have had little reported success in securing advance purchase agreements (APAs) for Covid-19 vaccines directly with international pharmaceutical companies. It is, therefore, likely to depend on, to a large extent, the goodwill of the international community and, specifically, the ability of a major global vaccine distribution initiative to deliver.

Secondly, a lot of people aren’t willing to be vaccinated due to mainly propaganda being spread on social media against the vaccines, mistrust in health experts, and myths that most Africans could be immune to the virus. The anti-vaccine movement largely consists of people who cannot bear witness to the effects of disfigurement and morbidity caused by infectious diseases. They are completely ignorant toward the fact that immunisation is one of the greatest medical achievements of all time. Vaccines have saved millions of lives. They are one of the most successful and cost-effective health investments ever.

I wish to assure fellow Ugandans that Bill Gates is not trying to depopulate the Earth, he’s doing the direct opposite and contributed significantly to saving millions of lives. If he’d wanted to depopulate the planet, he could have just sat on his arse and spent 16 hours a day watching YouTube conspiracy videos (Fred Lumbuye types) and provided absolutely nothing of benefit to this species. The Bill & Melinda Gates Foundation has partnered with universities and pharmaceutical companies to develop many vaccines including ones for Polio, HIV and Malaria. They have contributed nearly 2.5 billion dollars to the Global Fund aimed at eradicating HIV, TB and Malaria and are the single biggest investor in bed nets. Nearly 80% of Malaria deaths occur in sub-Saharan Africa with the vast majority being children under the age of 5. The number of deaths have decreased in the last decade by nearly 50% thanks to these initiatives.

Deaths related to the vaccines are extremely low considering millions of doses have been administered. For instance, nearly 35 million in the UK have been fully vaccinated and deaths found to be related to the vaccines are extremely low. In fairness government reporting on this isn't great in my opinion. Might only be a handful dying because of the vaccine but in a normal year the UK has about 500,000 deaths you could easily have 250,000 dying with the vaccine. I think that could be where a lot of the confusion is coming from.

The vaccines are safe for children,too, particulalry over 12 year olds. Pfizer have conducted a trial on 2300 12–15-year-olds and the vaccine was approved for this age group. Over 1 million 16–17-year-olds have been vaccinated here in the UK.The US is immunising children between 12 and 15. So,this provides plenty of data for younger people.

Finally, in regard to clotting after vaccination, they were able to detect the very rare incidence of blood clots to some, but the benefits of the vaccine in combating COVID-19 (which itself results in clotting problems and may be fatal) outweigh the risk of side effects. For instance, around 20 million people in the UK had received the vaccine as of March 16 but there were only 7 cases of blood clots in multiple blood vessels.

The approved vaccines are safe and are not in an experimental phase. The clinical trials were conducted for >50,000 consenting participants. mRNA vaccines do not contain a live virus and do not use an adjuvant to increase vaccine efficacy. The mRNA in vaccines does not enter the cell nucleus and cannot alter the human genome. Animal studies have demonstrated the safety, efficacy and potential benefit of mRNA vaccines.

There’s a common misconception that vaccine development takes 10 years due to sitting and waiting whilst monitoring side effects which isn’t true. The reason these vaccines were developed within this short time scale is because of collaboration and unlimited funding. Everything is usually done sequentially, and it takes a long time to recruit participants for clinical trials and then conduct them. Vaccines don’t generate anywhere near the same amount of money as treatments for chronic conditions. Hence the reason so many companies collaborated with academic institutions or biotech firms. Also the vaccine platforms were already well studied for mRNA and viral vectors. The Oxford team, UK, had already made good progress with a MERS coronavirus viral vector vaccine and that is why they were able to hit the ground running with the development of one for SARS-CoV-2 as soon as they received the genome sequence back in January 2020.

There is plenty of data coming out of Israel and the UK on not only the impact of these vaccines on severe disease but also reducing transmission. Because of mass vaccination, I don’t expect UK to have another lockdown. Cases are already coming down in Bolton. I honestly think we are rapidly approaching normality. Similarly, this should be Uganda’s last lockdown if most people agree to be vaccinated. One obvious factor in Israel’s success has been the presence of a mass vaccination plan.

At this point in time, it should be clear to anyone the importance of being vaccinated. You simply have no idea how you’ll respond to different variants as it’s a very dynamic situation. The current vaccines are effective against the Indian Variant, too. There’s even research into a pan coronavirus vaccine that will target several different coronaviruses at once.

A safe, effective vaccine is the best way to getting everyone’s lives back to normal. The importance of vaccines isn’t just to protect an individual it’s also vital to have high vaccination coverage to achieve herd immunity. This has a huge impact on the spread of disease through the community.

What’s absurd and desperate are the misinformation creators who are trying their best to cause disruption. These are coming from specific individuals who are perpetuating this stuff online and they are drowning out correct scientific information. You have to be careful what articles you read or videos you watch as to what the integrity of the source.