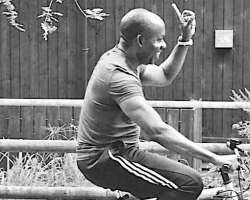 The resonance of "Charley Nwa Mgbafor," a new cliche,' slogan of frontline gubernatorial aspirant of the All Progressives Grand Alliance (APGA), Prof Charles Chukwuma Soludo (Odenigbo) is unmistakable. Like every good political slogan, it is simple, easy to remember and capable of attracting attention.

Politics plays a central role in everyday life, more so in every election year. As the political parties grapple with the process of nomination of their candidates for the Anambra State for 6th November, 2021, Gubernatorial Election, potential delegates have been inundated with solicitations by aspirants who stridently pitch their desire to become the party flag bearer.

It is therefore not surprising that wherever we turn to in Anambra, campaign posters with all manner of slogans stare at us, even our phones and news feeds are targeted. Unfortunately, rather than catchy slogans, good content and appropriate messaging, we are suffused with desperate smears and mudslinging by political opponents in the guise of propaganda which leaves one wondering what would transpire when the real campaign kicks off.

I’ve worked on a few political campaigns and could discern the handiwork of professional political communication managers as well as that of charlatans. Apparently, the lure of the social media space and the audacity of the internet at permiating every nook and cranny has confused politicians in the appointment of Social media handlers in place of professional Political Communication managers thus exposing lack of rigour and restraint in engagement on issues hence the tendency to lose focus and degenerate into attacking personality.

Experts agree that political communications management demands indepth skills to build relevant value proposition for candidates, conduct consumer research, sift through mountains of data, design complex channel strategies, anticipate win/loss with scenario planning, as well as strategic and competitive tapping of martech. Lack of these, many would agree, has been the bane of the political communications by media handlers of the aspirants across party lines in the last few months. The space has been filled with vitriol, and I dare add, messages lacking in substance. Thus in the ensuing 'rofo-rofo,' the men were hardly distinguishable from the boys.

Thankfully, the gradual delineation of the motley crowd of aspirants is an opportunity for the parties to bring better focus and direction with issues-based campaign. For example, with 'Charley Nwamgbafor,' Prof Charles Chukwuma Soludo, who has been a victim of the mudslinging on social media and has been tagged elitist seems to be gradually playing to strength. I have advocated that he is better off addressing major gatherings in Igbo, which he appears very fluent in and should stick to.

Again, the Charley Nwamgbafor tagline undoubtedly resonates and easily cuts through the message clutter in the race to the grassroots and the rural folks would readily pay attention as he delivers his manifesto.

Coming from a party that rides on the crest of the masterful "Nkea bu Nkeanyi," (apologies to Brande Aristotle/Winning Concept), distilling and adapting the concept to campaign collateral won't be a hard sell if he eventually emerges as the flagbearer of APGA. But until then, his handlers should stick to the winning value proposition: The gospel according to Charley Nwa Mgbafor!