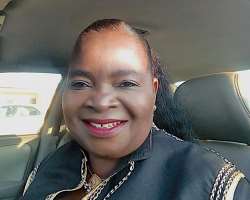 The victim was said to have been kidnapped inside her residence at Shadadi community, along Lanto road in Kuje Local Council on Tuesday, June 8.

A family member, who preferred anonymity, said the heavilly armed kidnappers broke into her residence around 12:34am.

"They gained access into her residence through the back door. They used a sledge harmer and axe to destroy the door, while others stood outside and surrounded the house. She was whisked away at gunpoint,” he told Daily Trust.

He said the family has been able to establish contact with her abductors who are demanding N10 million ransom.

"Actually, a contact was established with her abductors late evening of Tuesday, they were demanding N10 million ransom, even though, negotiation is still ongoing,” he said.

"Her wicked abductors have demanded for a ten million naira (N10, 000, 000) only. While looking forward to our smooth synergy with a view safely releasing her, kindly accept the assurances of my highest regards." he stated.