Sexiest Actresses Men Are Dying For 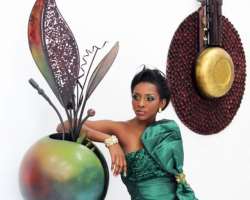 There are over 100 actresses in the movie industry but some of them are extremely desired by men because of their outstanding beauty. Irrespective of the fact that they are good professionally and some of them are married, their shapes and beauty have made them noticeable by everyone. Below are some of the sexiest Nollywood actresses that men will do anything to have a date with.

Chika Nancy Ike: At 5ft 10in, Chika Ike stands tall. Her black hair and her sexy brown eyes can make any man go wild. She was crowned as the most beautiful girl in secondary school. The shapely beauty started acting at the age of six in her local church and she watched a lot of movies then, and this increased her passion for acting.

The African beauty's first major role did so well in the market, resulting in directors and producers recommending her for major and minor roles in movies. She was nominated for the best upcoming actress in the African Movie Academy Award (AMAA) in 2005 and a recognition award. Between 2004 and 2006, she did over 20 movies.

The beautiful actress got married in 2006 and presently has a lovely child. She was born on 8 November and grew up with her family in Lagos. This astonishing beauty's movie, Mirror of Beauty, was shown in seven cinemas in London where it was premiered.
Nancy is hot, flaming and extremely sexy.

Kate Henshaw Nuttal: It's impossible for one to list sexy gems in the movie industry and not mention the gorgeous Henshaw. The beautiful star hails from Cross River State in Nigeria and she is married to a white man.

The award winning actress won the African Movie Academy Award (AMAA) for best actress in leading roles in 2008. She is the oldest of four children. She had her primary and secondary education in Lagos and Calabar.

The gorgeous actress, who is presently the Face of Onga, has starred in over 40 movies. She made her debut with the movie When The Sun Sets.

Her beauty and profession has taken her far and wide and she is always recognised and noticed because of her glowing complexion. This icon is indeed sexy in every aspect and naturally endowed with so much.

Mercy Johnson Ozioma: Mercy Johnson is indeed one of the sexiest actresses in Nollywood. Her boobs and hips are enough to make a man exclaim and according to her, those are the most beautiful parts of her body. She says she cherishes them most and if she has her way, she will insure them.

Although her parents hail from Okene, Kogi State, Mercy was born in Satellite Town, Lagos. She is from a family of seven.

The dark skinned beauty is one of the fastest rising actresses in the movie industry. Her unbeatable shape makes her fit into any role. Though she is known by most of her fans to always take emotional and romantic roles, this beauty queen can interpret any role.
Some of the movies in which she has featured include Last Contact, Last Kiss, My Heart Your Home, Secret Game, Kill the Bride and House Party, to name a few.

Mercy intends to keep her naturally endowed shape by continuous exercise. This glowing actress is indeed a hot and flaming babe for guys in the movie industry and her fans too.

Genevieve Nnaji: Genevieve is the most prominent actress. The fans of this beauty, who was the Face of Lux, said that her beauty renews daily. She was born on 3 May 1979 and started acting at the age of eight.

Her astonishing beauty has made her feature in so many commercials. Her very popular movie Sharon Stone made her image to transcend beyond Nigeria.

The highest paid actress has featured in films like Most Wanted, My First Love and Games Women Play, among others.

The dark slim damsel enjoys acting and she sees it as a natural endowment that won her so many awards, both at home and abroad. She is a mother of one child, and according to her, it is great being a mother .

Ini Edo: Ini is another actress whose beauty gave her a quick rise in the movie industry.

Ini Edo is obviously one of the prominentNollywood stars, her carriage and the way she interprets her roles make her stand out in the industry.

She has a bachelor's degree from the University of Calabar. She got into the movie industry in 2003 and today she has received awards both home and abroad.

Ini's height, hips and sexy lips have made her a beauty icon and paved the way for her in the industry, as she can fit into any role she's given. She hails from Akwa Ibom State and is married to an Edo man. The actress, with her radiant skin is indeed one of the sexiest Nollywood actresses.

Omotola J. Ekeinde: She is married and has four children, yet she is still a looker.

The beautiful actress, who is married to Capt. Matthew Ekeinde, is one of the oldest Nollywood stars and her fame has continued to soar. She has also featured in many commercials, like Hollandia Milk.

She started acting in 1995 and her first movie is Venon of Justice. She is born into a family of five and her parents, Mr. and Mrs. Shola, are deceased.

She attended Chris and Nursery Schools, Opebi, and had her secondary education in Kaduna.

The beautiful, award winning, actress is referred to as a screen goddess.

Stella Damascus: Stella is an epitome of beauty. She joined the movie industry in 1992 and her first movie is titled Abused. The damsel was nominated for best actress in leading roles in 2009. She has starred in over 50 movies which include Betrayed by Love, Face of a Liar, Real love, Passions, Halimat and Four Sisters.

This sexy rare gem hails from Asaba in Delta State and was born on 24 April, 1978.

Stella is tremendously loved by her fans, not only because of her beauty and talent, but because of the love she has for theless-privileged.