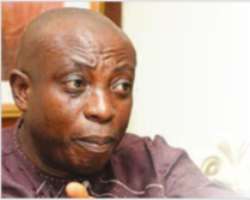 Protagonist of Biafra Independence Movement and Movement for the Actualization of the Sovereign State of Biafra (BIM-MASSOB), Chief Ralph Uwazuruike has been invited to address the Unrepresented Nations and Peoples Organisation (UNPO) on the criminalization of the Biafra self- determination struggle by the Nigerian state and to point a way forward.

A press statement signed by the Head of Foreign Mission of the state of Biafra, Mr. Ikenna Obibi Egeonu which was made available to newsmen on Tuesday by Uwazuruike's media assistant, Elder Chris Mocha, said Uwazuruike would take a center stage at the UNPO's special session on Thursday, June 3, 2021 between 1 to 2 pm (Biafran time).

The statement further noted that UNPO, which is holding the special session, shall listen to Uwazuruike with rapt attention on why Biafra and Oduduwa Nations should be granted an Observer Status to Biafra at the United Nations, after which Catalonia would follow suit between 2 to 4 as they join in the discussion.

“Expectedly too, the statement continued,, the United Nations, UN Special rapporteur on Africa and the Middle East shall, through its Tom Lantos Institute, Budapest, Hungary hold a Special Session on Africa and the middle East as it relates to minority issues and Nations in search of their Independence between June 15 and 16 (Biafra time).

According to the statement, the two events are expected to hold at the Hague, Netherlands and Budapest, respectively, but for international flight restrictions which arose from the second wave of COVID-19 variant prevention, the Unrepresented Nations and People's Organization, UNPO and United Nations, UN opted for zoom cloud presentation.. It therefre quoted Uwazuruike as having enjoined all the pro- Biafra groups , institutions and establishments to be part of these great events as according to him, “our burgeoning history shall be beamed live on social media and international media organizations.” (Courtesy, excluding headline: Vanguard)