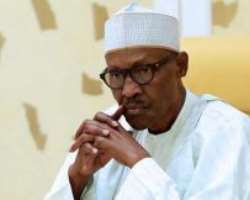 The Buhari Media Organisation (BMO) has said there is a thickening plot for the removal of President Muhammadu Buhari from office.

The group, which staunchly defends every actions of Buhari, said the sinister plot was being hatched by “a former civilian president” and “a gang of “conspirators”.

In a statement on Sunday, BMO said the conspirators under the guise of 'eminent persons' planned to instigate an uprising to force the resignation of President Muhammadu Buhari.

Olusegun Obasanjo and Goodluck Jonathan are the only two living ex-civilian presidents, but given the existing rapport between Buhari and Jonathan it’s unlikely they are referring to the Bayelsa-born ex-president.

The organisation was however non-specific as to which of two was the person at reference.

Obasanjo, one of the two ex-civilian presidents, was also a military general and a former military Head of State.

Obasanjo, a Buhari critic, had tried to cobble a political front to defeat Buhari's re-election. But the plan failed.

BMO warned the former president and his co-travellers to quickly perish the thought and save the country from avoidable constitutional crisis and civil unrest.

In a statement signed by its Chairman Niyi Akinsiju and Secretary Cassidy Madueke, the pro-Buhari group lampooned the conspirators for their recourse to unconstitutional means to force the resignation of President Buhari, describing the move as reckless and anti-Nigeria.

“Our highly reliable security sources have informed us of the determination of the former President to go ahead with a plan to cause disaffection in the country through a planned conference of so-called eminent Nigerians.

“While the Conference ostensibly aims to review the state of the nation, we can authoritatively confirm that it is actually a premeditated plan to create confusion in the polity by calling President Buhari to resign after a supposed vote of no confidence.

“Our Security sources said the worries over this latest move by the former leader is not so much about the illegality of the planned declaration but the anarchical mindset behind it, especially given the growing resurgence of military putsch in the West African sub-region. Any appearance of national confusion, even if scripted without any basis, could fuel unreasoned confusion.

“We, therefore, call on Nigerians to be wary of manoeuvres by people who are desperate to erode the foundation of our hard-fought democracy to further the agenda of a desperate, bumptious and self-serving group of elites besotted with power to the point that they are ready to throw the country into a contrived pandemonium to remain relevant”.