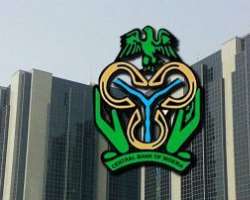 The Monetary Policy Committee of the Central Bank of Nigeria has voted to hold the benchmark rate steady at 11.5 per cent.

Governor of the apex bank Mr. Godwin Emefiele, in a statement on Tuesday said the decision was meant to sustain growth in the which had beaten predictions to exit recession earlier in January.

“The committee decided by a unanimous vote to retain the Monetary Policy Rate (MPR). In summary, the MPC voted to retain the MPR at 11.5 per cent; retain the asymmetric corridor of +100/-700 basis points around the MPR; the CRR at 27.5 per cent; and liquidity ratio at 30 per cent, the governor said.

“The recent developments in the domestic economy presented two broad options to the MPC, which were to either aggressively address the high inflationary pressure or continue to pursue measures aimed at supporting the recovery.

“Whereas the Committee remained overwhelmingly committed to supporting the efforts of the Federal Government in ensuring full restoration of the productive capacity of the economy, members remained much more focused towards achieving price stability in the short to medium-term. The MPC noted that economic growth could be hampered in an environment of unstable prices.”

According to Emefiele, the choice before the Committee was between loosening the stance of policy to ease credit further or tighten to moderate price development or maintain a hold stance in order to allow previous policy measures continue to permeate the economy while observing global and domestic developments.

He said, “The Committee noted that an expansionary stance of policy could transmit to reduced pricing of the loan portfolios of Deposit Money Banks and result, therefore, in cheaper credit to the real sector of the economy. On the converse, this expected transmission may be constrained by persisting security challenges and infrastructural deficits. On the other hand, while a contractionary stance will only address the monetary component of price development, supply side constraints such as the security crisis and infrastructural deficits can only be addressed by policies outside the purview of the Central Bank.

“A tight stance in the view of members, will also hamper the Bank's objectives of providing low cost credit to households, Micro Small and Medium Enterprises (MSMEs), Agriculture, and other output growth and employment stimulating sectors of the economy”.

Taking a look at both domestic and global economic growth scenarios, the CBN chief said, “The optimism for medium-term macroeconomic recovery in both the global and domestic economies is slow, but steadily growing, even as some level of uncertainty are still present.

“This is due to the unabating COVID-19 pandemic in some countries such as India and Brazil caused by mutation of the virus into more fatal strains.  In addition, the recovery is uneven and seem to be more tilted towards countries that have high vaccination rate than those less vaccinated or that are still suffering from the effects of more fatal strain of COVID-19 disease.

” As conditions improve however, central banks of Advanced Economies are beginning to signal the possible shift to monetary policy normalisation by the fourth quarter of 2021. Available data and forecasts for key macroeconomic variables for the Nigerian economy, suggest that output growth will continue to recover for the rest of 2021.

“This is premised on the continued support for agriculture to improve food supply, reduce inflation and improve employment.

“Others include efforts of both the monetary and fiscal authorities to improve infrastructure challenges in the country. The forecast for the Nigerian economy for 2021 is, thus, strong domestic push to support recovery particularly to ensure an end to insecurity in the country. Consequently, as the productive capacity of the economy improves and the supply chain fully restored, we expect inflationary pressure to ease further, as the supply of goods and services offset demand. At this meeting, the MPC recognised that the twin problems confronting the Nigerian Economy that must be addressed relates to stagflation, reflected in rising inflation with simultaneous contraction in output. “

On inflation and money supply control, Emefiele added, “Committee further recognised that the strategies put in place to rein in inflation through the use of series of administrative measures by the Bank to control money supply through liquidity mop up in the banking industry had started to yield results.

“It also recognised that measures put in place to stimulate output growth through the use of its intervention facilities to inject liquidity into employment generating and output stimulating initiatives like the Anchor Borrower Program, Targeted Credit Facility and Agri-Business Small and Medium Enterprise Investment Scheme (AGSMEIS) had started to yield results.  In the view of the MPC, although the economy had successfully exited the recession, the recovery was very fragile given that the GDP of 0.51 per cent was still far below population growth rate.

“Committee therefore was of the view that, there is a strong need for the Monetary Authorities to consolidate on all administrative measures taken not only to rein in inflation, but also on the actions so far taken to grow output.

“In the Committee's view, such measures should include boosting consumption and investments, as well as diversifying the base of the economy through FX restrictions for the importation of goods and food products that can be produced in Nigeria. It also urged the Bank to continue to put in place measures that will boost export earnings. On consumption and investment, MPC noted that the intervention facilities under the Anchor Borrowers was N631.4 billion granted to 3,107,949 small holder farmers cultivating 3.8 million of land hectares; for the AGSMEIS, N111.7 billion to 29,026 beneficiaries; and for the Targeted Credit Facility, N253.4 billion to 548,345 beneficiaries – comprising 470,969 households and 77,376 SMEs. Notwithstanding that all these have helped in boosting output, the Bank should continue to aggressively increase its interventions in these sub-sectors, including agricultural processing and manufacturing. Under the National Youth Investment Fund, N2.04 billion was disbursed to 7,057 beneficiaries, of which 4,411 were individuals and 2,646 were SMEs. Under the Creative Industry Financing Initiative, the CBN has disbursed N3.19 billion to 341 beneficiaries across movie production, movie distribution, music and software development.

“Under the N1 trillion Real Sector Intervention, N856.3 billion had been disbursed for 233 real sector projects, of which 77 are in light manufacturing, 36 in agro-based industry, 30 in services and 11 in mining. Under the N100 billion Healthcare Support Intervention fund, N97.4 billion has been disbursed for 91 health care projects, of which 26 are pharmaceutical and 65 hospital services. Also, N232.5 million has been disbursed to 5 beneficiaries under the CBN Health Care Grant for Research on Covid-19 and Lassa Fever. Under the National Mass Metering program, N35.9 billion has been disbursed to 9 DisCos for the acquisition of 656,752 electricity meters. Under the Nigerian Electricity Stabilization Facility 2 (NEMSF-2), N93.8 billion has also been disbursed to 11 DisCos. The Committee members applauded Government's efforts in combating the headwinds imposed by the Pandemic and urged that going forward, Government should avoid an entire nationwide lockdown like was experienced in 2020, as this will reverse the wholesome gains jointly achieved between the Government and the Central Bank in response to the outbreak of the Pandemic.

“The MPC carefully assessed the options on direction of policy in the short to medium term. It re-appraised current measures by the Government to purchase COVID-19 vaccines and the general preparedness of relevant public health agencies to guard against the spread of the mutating strains of the virus. To this end, the Committee noted the appropriate steps taken by the Government to ensure that up to 70 per cent of the populace get vaccinated to drastically drive down the infection rate in the country and hence, sustain economic activities. The Committee noted the persisting security crisis, especially in major food producing regions of the country and the severe toll on food supply and prices. It noted that inflation had moderated marginally due to the unrelenting effort of the Bank in supporting agriculture to boost food supply and prices. The Committee, thus, re-iterated its call to the Government to intensify effort towards addressing the security situation in the country to ease supply bottlenecks and bring down food prices.

“The MPC further noted Government's commitment towards investing in public infrastructure despite constrained fiscal position and urged a continued focus on this objective, while exploring the option of effective partnership with the private sector, as improved road networks, telecommunications and power supply will greatly and proactively impact the supply chain and moderate price increments. It further noted the need for collaboration with Nigeria's huge diaspora, through the issuance of diaspora bonds targeted at specific infrastructure projects. Even as the Committee noted that the public debt stock was currently high, it was of the view that project specific diaspora bond issues could conveniently pay itself back without imposing a burden on Government finances. It noted the complementary role this would play in boosting foreign exchange supply, accretion to reserves and easing of the current exchange rate pressure.”