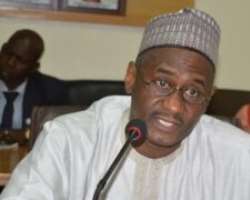 Former Executive Secretary of the National Health Insurance Scheme, Prof Usman Yusuf has stated, this morning on AIT's Kakaaki show that, governors in the south must provide a place where herdsmen will graze their cattle.

An online platform News Express reports that Usman expressed that view in his answer to the ban on open grazing in Southern Nigeria.

“Then Southern Governors must provide, they need to provide places where these Fulanis will graze their cattle, ” the report quotes him to have said.

The Forum of Southern Governors announced after a meeting in Asaba on Tuesday a ban on open grazing in all the 17 Southern states.

They asked that the Federal Government should support willing states to develop alternative and modern livestock management systems.

The governors also called on President Muhammadu Buhari to address Nigerians on the frightening state of insecurity across the nation and convoke a national dialogue.