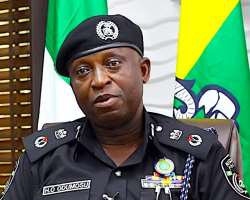 He said the threat by IPOB to attack soft target in Lagos was being investigated. Odumosu spoke at a Security Summit convened by the Lagos State Government in Lagos on Monday.

According to Odumosu, “the Command has taken notice of agitators for Oodua Republic by some Yoruba separatist groups and the threats to disrupt law and order in the State. Twenty four of these groups have been identified and being closely monitored.

“Similarly, the threat of IPOB to attack soft targets in Lagos is equally being put on the radar of the Command intelligence gathering and other security services in the State.

“Strategies are being put in place to neutralize their activities. The Command is using this medium to solicit for the support of all and sundry to be vigilant at all times and report any

suspicious person or movement to security agencies. Let us adopt the slogan of “when you see something, say something.”

He said criminals use uncompleted buildings, dwelling house and hotels to hibernate

before and after commission of crime, as well as use abandoned vehicles to store their operational arms and their loots and build shanties on abandoned open spaces and convert it to their sanctuaries to commit crimes.

The Police CP added that criminals also use vehicles with covered number plates to perpetrate crimes; illegal fabrication and possession of arms, use of tinted vehicles to commit crimes, among others.

“As a panacea to the above challenges, the Command is imploring the State Government to as a matter of urgency, take drastic steps to curtail the identified security threats. Such steps may include but not limited to: immediate taking over of the abandoned/uncompleted buildings by the State Government. These buildings might be used for developmental projects that will be beneficial to the citizens of the State.

“Immediate confiscation of abandoned vehicles found to be used by

hoodlums to perpetrate their acts; immediate sealing up of any dwelling house, hotels, etc, being used by the criminals as a hideout and/or launching pad; to locate owners of abandoned open lands converted to sanctuaries by criminals, give ultimatum to develop such lands.

lands, and take it over for overriding public interest and security of the State; immediate taking over of any structure, building where illegal arms are been fabricated; forfeiture of any tinted vehicle without authorization in synergy with vehicles that ply one way in the state,” he said.