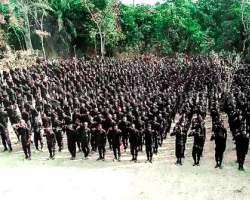 The Indigenous People of Biafra said it has appointed a replacement for its Commander, Ikonson Commander, killed by security operatives in Imo State.

The Media and Publicity Secretary of IPOB, Emm Powerful, disclosed this during an interview on Channels Television programme: “Sunday Politics.” Powerful said: “They can say whatever they like, but we are intact. “Another Commander has taken over.”

Power said Ikonson was killed because he refused to lead the Ebubeagu regional security outfit established by the South East Governors’ Forum.

He accused the Imo State Governor, Hope Uzodinma, of orchestrating the event that led to the killing of Ikonson.

Powerful said scores of IPOB and Eastern Security Network members have been arrested across states in the region, stressing that the proscription of the group as a terrorist organisation was illegal.

He said: “Yesterday (Saturday), our commander went to his village. “They ambushed him with some politicians.… they ordered the military to kill him.

“Imo State administrator knows very well that he has committed a crime and we must follow him up.

“He ordered for the killing of this guy (the late commander) because he refused his offer to come and head the Ebubeagu, which the South-East Governors established.

“He (the governor) sent some people to meet him (the late commander), but the guy refused that he cannot betray Biafra’s agitation and our leader, Mazi Nnamdi Kanu.