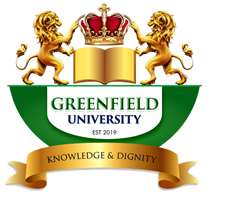 Socio-Economic Rights and Accountability Project (SERAP) has urged President Muhammadu Buhari to “direct the Attorney General of the Federation and Minister of Justice Mr Abubakar Malami, SAN, and appropriate anti-corruption agencies to investigate allegations that $30m safe school fund is missing, mismanaged or diverted, and to bring to justice anyone suspected to be involved, as well as recover any missing money.”

SERAP urged him to “direct Mr Malami and appropriate anti-corruption agencies to investigate why the Safe Schools Initiative, established to bolster security at schools in response to the abduction of the Chibok schoolgirls has failed to stop frequent abductions of students, and to ensure the safety and security of Nigerian children in schools across the country.”

SERAP also urged him to “ask the United Nations Special Envoy for Global Education, Mr Gordon Brown to wait for the outcome of any investigation into the spending of the $30m initially budgeted for the Safe School Initiative programme before leading the international community and donors to push for more funds for the programme.”

In the letter dated 24 April 2021, and signed by SERAP deputy director Kolawole Oluwadare, the organisation said: “Rather than pushing to raise more funds for the Safe School Initiative programme, your government should prioritise and ensure a thorough, transparent and effective investigation into the spending of the $30m initially budgeted for the protection of schools, prevention of attacks, and continued education of students.”

The letter, read in part: “SERAP will also consider asking Mr Brown to use his influence to insist on transparency and accountability in the spending of the $30m safe school fund before rushing to engage donors to commit to additional funding of the Safe School Initiative programme.”

“SERAP also urges you to ask Mr Brown to put pressure on the 36 state governors to accept voluntary scrutiny by Nigerians and civil society regarding the spending of any funds spearheaded and raised by him to improve safety and security in Nigerian schools.”

“Despite the $30m safe school fund meant to ensure safety and security in 500 schools, and to provide a school environment free of fear, no school has been protected, as illustrated by the recent spate of abductions and killings of students in several parts of the country.”

“Allegations of corruption in the spending of the $30m safe school fund undermine the safety and security of Nigerian children in schools, and deny access of poor children to quality education in a safe environment because the money that the government should be spending to provide safe schools for Nigerian children is squandered or stolen.”

“The Nigerian government has a legal obligation to protect Nigerian children from all forms of violence and other human rights abuses including abductions, killings, and to prevent and combat corruption in the spending of funds budgeted to improve safety and security in schools.”

“Attacks on students, teachers and their families violate constitutional and international human rights law, and force many families to keep their children home. This aggravates existing disparities in access to education, further marginalizing the poor.”

“The government’s apparent failure to ensure transparency and accountability in the spending of the $30m safe school fund is contrary to the Nigerian Constitution 1999 [as amended], and violates Nigeria’s obligations under international law and the UN Sustainable Development Goals.”

“We would be grateful if the recommended measures are taken within 14 days of the receipt and/or publication of this letter. If we have not heard from you by then, SERAP shall take all appropriate legal actions to compel your government to comply with our request in the public interest.”

“According to our information, the Federal Government, state governors and security agencies together with foreign governments and UN agencies last week launched a plan in Abuja to finance safe schools in Nigeria.”

“Mr Gordon Brown who attended the meeting reportedly promised to rally global support for the programme, and stated that ‘donors are all ready and willing to help in the latest move to fund and re-energise the initiative.’”

“The plan to raise more funds for safe schools was launched barely a week after the 7th anniversary of the abduction of the Chibok girls, which led to the launch of the Safe School Initiative programme.”

“The Federal Government has a responsibility to ensure that federal authorities and state governments are transparent and accountable to Nigerians in how they spend safe school fund, and to tread carefully in raising additional funds before probing the spending of the $30m fund.”

“According to our information, the Government Secondary School in Chibok is still in ruins despite funds that were committed to its renovation. Allan Manasseh, spokesman for the Chibok community reportedly stated: ‘It was a substandard structure, every wind that blew destroyed a part of the building. It kept falling off again and again and till today it has not been used.’”

“Corruption poses a critical threat to the enjoyment of the right to education. It weakens institutions, erodes public trust in government and impairs the ability of states to fulfil their human rights obligations. It also undercuts both access to and the quality of education, and hits hardest at the most vulnerable and marginalised sectors of society.”

“Education is a basic right enshrined in various international treaties ratified by Nigeria, including the Convention on the Rights of the Child, the International Covenant on Economic, Social and Cultural Rights, and the African Charter on Human and Peoples’ Rights. Education is empowering, and enables children to realize all of their human rights.”