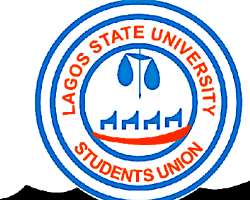 Consciously and unconsciously, from being university student representatives, they further chase this careers of being political gladiators to being future leaders, especially when they understand the GAMES, and yes I mean games, this is where the trouble is, because even the future leaders already have seen politics as a game, not necessarily a means of service to their immediate environment. My story sits comfortably at the corridors of the Lagos state university, where many students representatives and comrades once begin their journey to being who they are today politically, past and present and the once to come.

While one administration seems to be coming to an end, another is being groomed, and one can see the foray of their mission, their campaign already is beginning to surface across faculties, and even they are going as far as making their self known outside the vicinity if the school, some are visiting popular civil servants, some are even staging a secret vote for me ballot, the students union we used to know, has gone beyond the selfless service to the wellbeing of students to the iron fist of winner takes all, and this is not good for the student populace.

While the current administration has done little to stake its claim, except publicizing irrelevant achievement, and not necessarily anything new, nor worthy to remember them for, they however won't be forgotten for their brandishing styles, of looking good to the public, telling the students how good political office could be, and in fact, those who are supposed to probe and ask questions about accountability and what benefit the students are yet to derive, they too seem to be playing their cards and mastering their onions, in fact they just want to have a grip of the cooky-jar, before they leave the premise of the University, gone are the days when good name is better than riches, today “they just want to be popular and make the money”.

This little problem is the contributor to the larger problem we have in the society, in simple term, if this current crop of students activist are those who will own the baton tomorrow, then already the future is in hot oil, not even in troubled waters. Just like pre-election suggestions of mine few months back, this current LASUSU aspirants also have nothing to offer, at least for now, even when their faces begin to show to the larger public.

You wonder how come many of these students can't even construct good sentences together, do you even wonder why intellectually why they can't even answer simple questions of their preparedness towards all the offices they are vying for, or the school they want to represent its students? The answers are not farfetched, because farewell to the times of true watchdog, campus journalists are to blame for this wreckage as well, various journalism associations are to be thrown shades of blame too, they are the speaker of the public, they aggregate opinions from aspirants, representatives, and even expectations from the students as well, but unfortunately what we have today, is only publicity reporters, hired by this so call student union representatives. Let me give a little example, during the hot season of hike in school fee for newly admitted students, while some of us were asking necessary questions about the ongoing of the students union representatives, some reporters were busy publishing the modified statements of the union administration, on even a known media org, even when an average student of the school can see clearly the truth.

Lagos State University, has provided great political icons in recent times, the future seems to be a citadel where light is guaranteed, you can't be a student of LASU, and not excel, depending on your definition of excellence, however the debate remains where then do this kind of students representative crop out from? Could it be because no one cares about unionism anymore, or perhaps politics of the larger realm is now manifesting in tertiary institution decision makers? I hope it is not so....

How terrible it is no student representative can grant a full interview to the true watchdog of the school about their performance, except sending modifications through brown envelope student journalist, this is a challenge to any of the student union representatives, to come in peace and in saint like manner and tell the public of how they have fared since the inception of their position. As a reporter, I know not one or two of this current administrators of the student body who cannot even face a crowd of beyond twenty convincingly, and justifiably that may not be the problem, but inability to construct good sentences to the public could be the challenge, if yes, then we can argue about their score during their GNS, uses of English as well, or wait again, let us justify it by understanding English should not be criteria, perhaps the zeal to carry out their promises remain their primary goal. Then let us examine these promises.

What happened to the student who usually control the traffic for students when aspiring for position and that all students shall find navigation to the school easy, and that even the fare will be as moderate as ever, well I do not know his whereabouts, but I can tell you the fare has increased, to a notably WAZOBIA, from #30 it used to be. There used to be one, who will tell the students about why they should vote for him, and desperately need to redeem them and the LASU, image from what the public perceived it to be, well we all know that today, the actors making the school proud union or association wise are non-political ones, while in their neophyte political yearns, they already have the hunger and the insatiable taste of embezzlement, and this is the result of greed, a result of poverty of the mind, a result of lack of questioning as well, and a result of faulty political structure, if not most of the current and those rearing their heads for the new times to come will dear not try to chase such positions.

It is true that everyone can't be politicians but the greater truth which we shy away from is that, if it must be right then everyone has to get involve, failure to do so, then we have a rubber stamp Union, then we have a weak center, just as the Nigerian System currently is, I used to think one of the duties of faculty presidents, and representatives are to question those above and demand fair treatment for all students, I used to think a carbon copy of the local government chairman as we have in the tiers of government today are like the HOCs' of each department, believed to be closer to the students than the Union Presidents and even the SPC, but while we cut them some slacks of “They are students still” let us remember if there are no benefits they will not take the oath of office, it's the mentality of an average Nigerian, that is why no matter the troubles and challenges, they will never resign, ask the Issa Pantamis' of this world. And even here in LASU, resigning a position is not in the constitution, even if it is, these guys don't recognize it. They just want the fame and all that comes with power, and so the future is built on shaking feet.

What difference do we have between LASU, and the Nigerian political space, well just a little difference which is the age factor, the rest is typical of thesame, they lobby for votes, do anything for it, shun right processes, forget the idea of why they are there, show to the public trivial things, celebrate things that should be part of their daily chores, forget quickly they are but servants of the masses, and immediately chunk voraciously as much as they can, its just a year after all. Little wonder the future we talk about is nothing but now.

Nigeria's' problem today are connected to the political choices we make, but unfortunately, the ones growing if my observations serves me right are also walking in the direction of failure, looking into the future, then we are not yet free. Except if those who see bad and refuse to talk start talking.