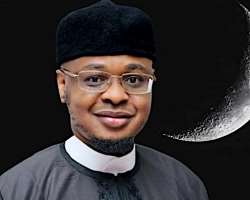 Terrorism is as old as man. All through the ages man has always had the unbridled quest for domination and control through any available means no matter how obnoxious and repugnant.

The invincibility of the United States who became a global power in 1945 after the Second World War was broken through the September 11, 2001 attack on her World Trade Centre in New York which led to the loss of thousands of lives. The reign of terror spread to London in 2004 when the famous Underground train station was bombed. Our own erudite Professor Pat Utomi narrowly escaped the cold hands of death in the blast.

The advent of Boko Haram in 2002 and its militant approach in 2009 has brought terrorism closer to the doorsteps of Nigerians. Every day the press regales us with suicide bombings making mincemeat of a former assertion that we were once the happiest people on earth.

To be associated with terrorism is worse than a mortal sin even if it is a mere joke. Ask Prince Harry who faced public opprobrium when he once wore a Swastika on Halloween day.

The Daily Independent Newspapers owned by James Ibori first blew a story on April 11 that the Minister for Communication and Digital Economy, Dr. Isa Pantami was a terrorist sympathizer. The report dubbed ‘Disquiet as America places Nigerian minister on watch list’ alleged that “America’s Intelligence Service” has placed Pantami on its watch list for his anti-American pro-jihadist beliefs and close alliance with Boko Haram founder, Muhammad Yusuf.

The paper credited “Western Intelligence” with linking Pantami with Al-Qaeda leaders and paying glowing tributes to them in YouTube videos. It also cited “Middle Eastern Intelligence” sources that photos of Pantami and his jihadist allies are trending. The paper was to later retract the story and tender an apology but the Pandora’s Box had been open. NewsWire NGR dug out some old videos of Pantami having banter with Mohammed Yusuf only for them to retract it also and issue an unreserved apology.

Sahara Reporters followed the same track with the headline “I Support Terrorist Groups Like Taliban, Al-Qaeda, Not Boko Haram – Minister Pantami” and published an opinion article titled “Unmasking A Jihadi Masquerade: The Many Faces of Isa Ali Ibrahim Pantami.” Both the report and the opinion piece harped on the Islamic doctrines and preachings of Mr Pantami which they posited to be in tune with global terrorism.

Some Twitter influencers took to the micro blogging site to create a hashtag #ResignIsaPantami. Pantami bowing to public pressure said that he once had extremist views in his youth but had ‘repented’ of them. Some of his supporters opined that the reason for his persecution is because he stepped on some powerful toes in the current NIN sim registration as sim cards were not sold for some months leading to the massive loss of revenue by the telecommunications companies. A counter thread was created on Twitter opposing the call for him to resign.

Terrorism is a grave issue and there should be zero tolerance for its sympathizers since it is a grave offence. We recall that the United States under Barack Obama liquidated Osama Bin Laden using the Naval seals and didn’t give him room for any form of trial despite its being the world’s bastion for the Rule of Law.

The critical question to ask is how come Pantami made it to the Buhari cabinet when the Department for Security Services (DSS) is saddled with the onerous responsibility of screening potential ministers and other political appointees through rigorous security checks? How did this infraction slip them by?

Terrorism has cost the loss of millions of lives and millions more have been greatly set back by becoming refugees, internally displaced persons with live worse than the Thomas Hobbesian definition of the state of nature. His admission of guilt at uttering those reprehensible statements should make President Muhammadu Buhari show him the door if he has been obdurate in his refusal to throw in the towel.

In sane countries, he would have resigned after his guilt admission for the DSS to conduct unbiased investigations but alas we are unfortunate to be domiciled in a failed state where the Theatre of the Absurd reigns supreme!

It is tyrannical of Buhari not to listen to the voice of Nigerians who want Pantami to be like the Shakespearean Caeser’s wife who should be above board in his dealings.

Buhari has proven not to live up to his novel nomenclature in being a reformed democrat which he made known during his 2015 campaign after cynics reminded the emotionally battered electorate of his jailing of the fearless Nduka Irabor and Tunde Thompson then of the Guardian Newspapers under the infamous Decree 4. He has refused to hearken to the hoarse cry of bewildered Nigerians especially on social media to drop Pantami like a hot potato.

Nigerians who fought with their blood and for some people paid the Supreme price for this joke of a democracy shouldn’t give up in their cry for Pantami to be forced to resign. The DSS will be biased in investigating him while he is still a minister. If Kemi Adeosun could resign after being found culpable by Premium Times in forging her NYSC credentials, then Pantami should not be spared either. What is sauce for the goose should be sauce for the gander!

Public office holders should be mindful of their statements in public and private and terrorism sympathy should not be condoned in any form. The international community should come in. Sanctions should be meted out to Nigeria in a similar way that it occurred in November 1995 when the then General Sani Abacha led government hanged Ken Saro Wiwa and the Ogoni eight without a fair trial. Countries should slam a travel ban on Pantami and it should be extended to the Buhari government. We recall that during the Obama led Presidency, Leahy’s law was invoked to block the sale of arms to Nigeria to fight the Boko Haram insurgency. In a twist of Dejavu, Joe Biden was the then Vice-President. Let us see whether the US would be hypocritical in its fight against global terrorism in not making a scape goat out of Pantami.

The Twitter warriors should not give up as Uhuru is near; the era of public officials showing contempt for Nigerians will soon be history.

I join my countrymen in the loud cry that #Pantamimustresign!

Tony Ademiluyi is a co founder of The Vent Republic Media – www.theventrepublic.com and writes from Lagos