Mujib Should Be Given A Chance To Lead Fufa 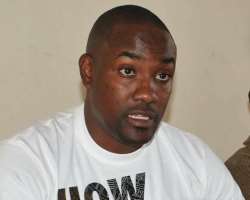 Ramandhan Kareem everyone!
It has come to my knowledge that Brother Mujib Kasule intends to challenge incumbent FUFA president and MP elect Moses Magogo for the top job in Uganda’s football. Believe me when I say that you've found your guy. ‘Jiba’, as we used to call him at Kibuli S.S, is football crazy --- he loves the game, he lives the game, and dreams the game, such that I wasn’t surprised to learn that he now owns a football club in Uganda. He has a strong desire to leave a positive legacy on football. He has taught himself to connect up ideas in every sphere of football.

While at Kibuli S.S, he was among those that really loved football more than books. The second person I can think of right now, who came closer to him in that aspect, was Brother Masha Hussein, whom I have occasionally kept in touch for reasons beyond football.

I last saw Mujib at Wandegeya mosque about 6-8 years ago – It was Friday Jumah prayers, and he looked as humble as I remember him. We charted for a bit before we both made our way to the mosque. He is a man who loves his creator, which is a good element that will enable him to kick corruption out of football, if he is given a chance to lead.

A number of years ago, I found myself in a heated argument with a colleague, another football crazy, over the fate of the Uganda football. He said it was still a vital thing, and he blamed me for only watching the European games, especially Chelsea’s. I held that it had become little more than a bad show, and a badly curated one at that. A lot of current football bosses are not in it for passion and develop the game, but to show off and make some bit of money out of it.

I am now beginning to feel that I was right--partly because of some of the scandals we have read in the papers recently, and I think this is the time to change leadership. I believe Mujib will bring insights to the game, with honesty, clarity, frankness, and lack of pretension.