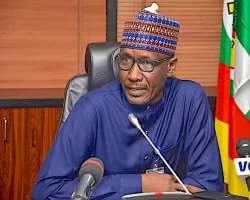 The Nigerian National Petroleum Corporation (NNPC) has announced a 37.21 % decrease in cases of pipeline vandalism across the country in the month of January 2021.

This is contained in the January 2021 edition of the NNPC Monthly Financial and Operations Report (MFOR), according to a press release by the Group General Manager, Group Public Affairs Division of the Corporation, Dr. Kennie Obateru.

The report indicates that a total of 27 pipeline points were vandalized in January 2021 down from the 43 points recorded in December 2020.

The Mosimi Area accounted for 74% of the vandalized points while Kaduna Area and Port Harcourt accounted for the remaining 22% and 4% respectively.

However, NNPC is continuously working in collaboration with the local communities and other stakeholders to reduce and eventually eliminate the pipeline vandalism menace.

To guarantee energy security, the Corporation also supplied a total of 1.44billion litres of Premium Motor Spirit (petrol), translating to 46.30million liters/day, across the country in the period under review.

In the Gas sector, a total of 223.55Billion Cubic Feet (BCF) of natural gas was produced in the month of January 2021, translating to an average daily production of 7,220.22 Million Standard Cubic Feet per Day (mmscfd).

Out of the total gas output in January 2021, a total of 149.24BCF of gas was commercialized consisting of 44.29BCF and 104.95BCF for the domestic and export markets respectively.

This translates to a total supply of 1,428.65mmscfd of gas to the domestic market and 3,385.57mmscfd to the export market in the month under review.

This indicates that 67.15% of the daily gas output was commercialized while the balance of 32.85% was re-injected, used as upstream fuel, or flared.

The 66th edition of the NNPC MFOR highlights NNPC’s activities for the period of January 2020 to January 2021. It is published in line with the Corporation’s commitment to the tenets of Transparency, Accountability and Performance Excellence (TAPE).

The Corporation has sustained effective communication with its stakeholders through the publication of the report on its website, independent online news platforms and national dailies.