Do Bandits, Kidnappers And Other Criminals Count The Cost Of Killing Others In Nigeria? 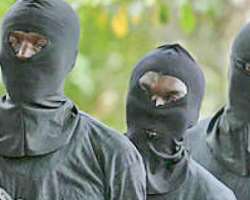 Mr. X nearly died of frustration and suffering before he managed to complete his primary education. His parents seemingly begged him to undergo an apprenticeship in carpentry but he bluntly refused. What spurred his parents’ decision then was not farfetched since they were living below the existing poverty level. With an absolute determination and burning ambition he left for the city where he did all imaginable odd jobs, and studied for his GCE through extra mural classes.

With his GCE certificate, he secured a job as a Clerk in a prominent company. While in service he saved enough money to finance his university education and eventually became a responsible man and was able to scale the benchmark of the existing living standard in the society. Sadly, like a meteor, he shone so brightly before his life was cut short by armed robbers.

Contrariwise, Mr. Y. was born into a rich family and was the heir apparent by his right to primogeniture to his father’s flourishing business empire and estates. He was sent to University of Toronto in Canada for a four-year degree programme. He neither played truancy nor wasted his father’s money. He humbled himself; socialized and burnt the midnight oil with indigent students without showing-off his father’s wealth and fame. He finally settled down to reap the fruits of his labour but he was brutally murdered by armed gangs. He died with his hopes and dreams like Mr. X.

The tortuous paths of life which Mr. X and Mr. Y went through before actualizing their dreams and aspirations coupled with the bestial manner they were killed by armed gangs could be imaginary. But there are many Nigerians who shared a near or similar experience. Moreover, any of the two graphic pictures painted above may be a comparable experience to other unlucky ones in the future.

For instance, not few Nigerians were utterly flabbergasted when Prince Eloniyo Dennis Abuda, who was based in Atlanta, Georgia, United States was kidnapped near Agbanikaka , Edo State. with some of his family members including a woman who was travelling with him to Lagos to catch a flight back to the United States. Four days after he was kidnapped on Saturday, January 30, 2021, his decomposing body was found on Tuesday near the small town of Agbanikaka, Ovia North East Local Government Area of the state.

In a similar vein, almost six years ago, in 2015, the police in Benin, Edo State disclosed that Dr. Paul Erie, an Associate Professor of Agricultural Economics of the Department of Agricultural Economics and Extension of the Ambrose Alli University (AAU), Ekpoma, who was kidnapped from his country home in Igbanke town in Orhionmwon local government area, on 16 June, 2015, was killed by his abductors. The loss to his immediate family and by extension the entire community, is no doubt, unforgettable and irreparable. The sad memory of his demise still lingers as he was one of the erudite indigenes this writer looked up to as his source of inspiration, particularly when he was an undergraduate in the then College of Education, Abraka in Delta State.

Without any iota of exaggeration, virtually every community across the six geopolitical zone has similar sad narrative to share.

With the unchecked spate of crime in the country, we should not be surprised when the cumulative population of widows, widowers and orphans escalates at geometrical progression. In a society where tradition is highly regarded, strictly observed, accepted and implemented, the widows, no doubt, will unavoidably become underdogs, while the orphans become house helps to their uncles, aunties and other close relations. God forbid!

There is no denying the fact that virtually all kidnapped victims are personalities that can be categorized to be in the class of “well-to-do”. After all, kidnappers have no business with poor people. From observations, their targets are those that are considered to be reckoned with in the society, particularly in their indigenous communities. Some were seemingly the voice, ears, eyes and hands of their various communities. To some extent, some of them were able during their life time to provide some community projects by using their societal status and connections in presenting the developmental challenges of their communities to the appropriate level of government. Again, many of them made their communities to be known, popular and worthy of mention. They were the yardsticks which their kinsmen used in measuring achievement and discipline and in turn using these standards in correcting those, especially the youths, who were treading the ignoble paths carved by the devil.

But does it mean that killers like kidnappers are not conscience smitten? They may also not have conscience since they are widely believed to be living by the influence of drugs. This accounts for their being “high”, “stoned” and bestial whenever they are perpetrating their ungodly acts.

Given the foregoing, it is glaring that those who enjoy snuffing lives out of others are collectively living a chaotic life. They should begin to pray and ask God if there is any reason for them to be in this world. This prayer is necessary because God did not create any person to be killing others. It would be counter-productive for God’s purpose in creating the earth as a planet. They should let the Psalmist’s prayer to God be answered in their lives. The prayer says “Oh send out thy light and thy truth; let them lead me, let them bring me to thy holy hill and to thy dwelling. See Psalm 43:3.

Despite the fact that not all Nigerians are bound or destined to be killed in cold blood by those who are into the bloody business of killing others without blinking their eyelids or showing any sense of remorse, the question that would be on any reasonable person’s lip is, Who is the next victim? Only God knows. God is the only one that knows the future.

This goes to show that many a law abiding Nigerian or foreigner has been facing dilemma. Should he flee from his house or continue to sleep with the eyes open each passing night while daily carrying out his social and economic activities with his heart in his mouth? Succinctly put, each passing day brings with it an increasing fear of the unknown for every Nigerian. How long are we going to be living in fear? It is not uncommon today to see drivers obsessively and assiduously scrutinizing occupants of any car or “Okada” trailing them behind through the rear view mirror in a manner that is reminiscent of investigative police officers. Don’t blame them! Everybody now lives in fear.

Apart from wasting the precious lives of others together with their hopes, dreams and aspirations and on the other hand depriving others of their breadwinners, crime in the form of killing can cause direct costs like personal losses, such as cars, cash and jewelry that approach billions of naira in a year. Is it not true that when they kill they also rob, maim and even rape? Coupled with these are the costs related to law enforcement, courts and prisons.

Some see public outcry over the issue of increasing crime rate as over-flogged. Others see writers and social commentators as being sensational and emotional whenever the issue is being discussed. The major point is that high crime rate repels foreign investments. As it is today in the country, it will be difficult for both local and foreign investors to begin to think of investing in any part of the country.

The spiraling rate of kidnapping in the country is of utmost concern to any patriotic Nigerian, and sympathizers across the world. What beats me hollow is that many killers involved in terminating other people’s lives, physically or spiritually, have failed to realize that they must one day render account to God. Dust you are and dust you will return. For instance, the Bible cites many cases of criminals who gave account to God through various punishments. Cain became a fugitive in the Garden of Eden for murdering his brother Abel over good, well-presented and accepted sacrifice. Hophni and Phinehas, sons of Eli, paid with death on the same day for engaging in sacrilegious conducts.

Be that as it may, in answering the question “Do Bandits, Kidnappers and Other Criminals Count the Cost of Killing Others?” Which is invariably the title of this piece, it is expedient to task any killer that is reading the piece to always endeavor to count the cost of killing others as there will be a day for everyone to give account to his creator.