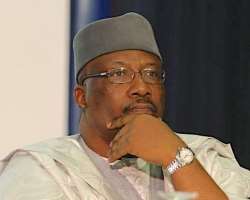 The O’odua Peoples Congress has slammed the former Chief of Army Staff, Abdurahman Dambazau (retd) for likening them, as well as the Indigenous People of Biafra (IPOB) to Boko Haram.

The former Chief of Army Staff, on Saturday compared the proscribed Indigenous People of Biafra (IPOB) and the Oodua Peoples Congress (OPC) with Boko Haram.

Dambazzau speaking at the inauguration of Army War College Nigeria Course in Abuja, said that those groups are like Boko Haram sect who don’t believe in the oneness of Nigeria.

Reacting, OPC in a statement released by its Publicity Secretary Mr Yinka Oguntimehin, said the former Army Chief was suffering from ”acute dementia and gradually losing touch with the realities of the moment.”

According to OPC, Dambazau and four top Northern leaders in 2014 before the general election, were behind the recruitment of bandits into the country.

“Dambazau’s statement that OPC and IPOB are very much the same as the dreaded Boko Haram was made in bad faith. Such statements raise questions about his intentions, interests and morality as a former COAS that has been supporting bandits financially and technically.

“This same former chief of army staff, together with four top Northern leaders had in 2014, before the general election organized the recruitment of bandits into the country.

“Moreso, when he became the minister of Interior under President Buhari, he pleaded that the Federal Government raise over N800 billion to settle the bandits; a request that was opposed by Nigerians.

“However, for such a person to say OPC is the same as Boko Haram, is not only demeaning but also most unfortunate to say the least.

“The ex-minister is not in his right frame of mind and should have never been trusted with fight against insurgency,” the statement said.