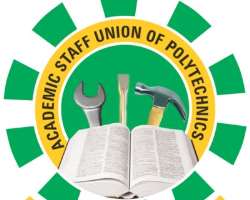 The End SARS protest which did more harm than good for the country; its pragmatic bombshell still remains and ignite fear.

Research has shown that End SARS protest was successful and made dreaded impact because of the Academic Staff Union of Universities, ASUU long strike at that time because an idle man is a devil workshop.

Though, strike of such nature is not a new trend in the country but the ousted strike came with some different features because of the Coronavirus pandemic.

On the 6th of April 2021, all the Nigerian 69 Polytechnics, Colleges of Agriculture and Colleges of Education are shutting down for an indefinite strike.

The ASUP said the strike is mandatory at this time because the governments failed to fulfill the promises they made to its members.

Yet to implement the Needs Assessment Report of 2014 in public Polytechnics and like institutions.

The Federal Government should reconstitute governing councils in all Federal Polytechnics and in State-owned Polytechnics where such is yet to be constituted.

Release of promotion arrears in Federal Polytechnics and payment of same as well as annual increments in Adamawa, Plateau and other states with similar cases.

Ensure full implementation of the provisions of the Federal Polytechnics Act as well as its domestication in Adamawa, Kano, Sokoto, Abia, Niger and other states affected.

Stop attempts at forcing the ASUP members Colleges of Agriculture out of the Union.

Implement the 65 years retirement age for academic Staff in State-owned institutions like in Kano, Kaduna and other states institutions in the country.

Workers strike in Nigeria has become the only antidote to workers' panacea for them to claim what is their own. Workers prefer the work no pay method to wage their grievances, and it seems to be a win for Nigerian government. If government will continue to allow strikes to take effect before arresting it, Nigerians will perceive another motif by government. People will look at it as another lucrative revenue venture for government to tap some money from its workers.

Meanwhile, Judiciary workers, under the aegis of the Judiciary Staff Union of Nigeria (JUSUN), have declared an indefinite nationwide strike to press home their demands for the financial autonomy of the judiciary starting from Tuesday 6th of April.

And, National Association of Resident Doctors (NARD) is also on strike demanding for better work facilities and the welfare for its members while the indigent Nigerians are dying at home. The strike by NARD represents almost 40 percent of Nigeria’s doctors at this time of Coronavirus pandemic.

The coronavirus pandemic is still ravaging the good future of Nigerian youths. It has brought a sluggish progress in Jamb Examination, schools' admission and National Youth Service Corps programme.

And, in this time of insecurity issue we should remember that an idle man is a devil workshop and psychologists said an emotional trauma is the mother of all crimes.

The picture of Nigerian education is daunt with many faults for students and ASUP strike is another time bomb that will distort the future of Nigerian polytechnic students. Nevertheless, to save the country from many faults it is a good advice for the government of all level to stop the 6th of April strike initiated by ASUP because one match can be the cause of burning a whole village and a hungry man is a angry man just like a devastated person is a mad man as the case of End SARS, the event should be a lesson to all while the mayhem is still fresh in our minds.

Auwal Ahmed Ibrahim is the Moderator of World Literary Forum for Peace and Human Rights, Bhutan and writes from Kaduna State. He can be reached via: [email protected]