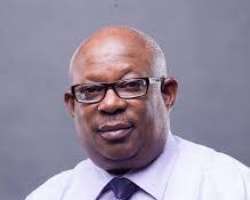 Former Delta State Acting Governor Sam Obi is dead. It was learned that he died in the early hours of Saturday.

The late Sam Obi represented the Ika North East State Constituency in Delta Assembly for three terms (2003-2015) and became Acting Governor in 2010 after Court nullified the 2007 election of former Governor Emmanuel Uduaghan and ordered a rerun.

He was General Overseer of Oracle of God Ministry, Asaba.