Nigeria And The Burden Of Deformed Politics And Power 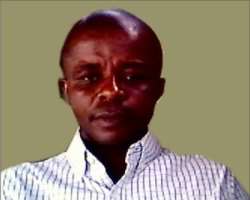 At independence in October 1960, through the mid 60s, Nigeria and Nigerians witnessed an amazing period of wealth creation. But the sudden decision by the then military administration/government to shift focus from regional to unitary system slowed down the pace of economic development in the country. The situation has since been exacerbated in the past two decades of democratic experience and governmental-type described by analysts as a pseudo or quasi Federal system which further shifted the distribution of income/resources strongly in favor of the government at the centre and against the real owners of wealth-states and local governments

Aside from the understanding by many that such a state of affairs is attributable to the wrong application of power by politicians (the real enemies of the open society), for a better understanding of this piece, there is a greater need to take a cursory look at power from two standpoints. First, from the Marxists perspectives; that is, those that understands politics as grasping the moment and revolves it ‘solely and squarely’ around personal interest-the ebb and flow of influence among adversaries.

The second perspective focuses on development Professionals' understanding of power.

To add context to the discourse, Grant Cardone, a human development professional, while commenting on deformed politics asserts that politicians and the media perpetuates the shortage concept by suggesting that there is not enough of certain things to go around-that if you have something, I cannot. Many politicians believe that they need to spread these needs in order to energize their followers to take a stand for or against another or party. They make statements like; ‘I will take better care of you than the other guy’ ‘ I will make life easier for you ‘ ‘I will reduce taxes for you’ I promise better education for your kids’ or ‘I will make it more possible for you to be successful'. .

The underlined implication of these claims, he added, is that only I can do this-not the other guy. These politicians first emphasize the topics and initiatives that they know what followers consider important-then they create the sense that citizens are not capable of doing things for themselves. They highlight’ scarcity that exists and do their best to make people feel that their only chance of getting what they want and need is to support them.. Otherwise, they imply, your chances of getting your share becomes even more remote.

On the other hand, power properly understood in the words of Martin Lurther King Jar, is nothing but the ability to achieve a purpose. It is the strength required to bring about social, economic, political, cultural and religious changes. What is needed is a realization that power without love is reckless and abusive, and love without power is sentimental and anemic. Power at its best is love implementing the demand of justice, and justice at its best is power correcting everything that stands against love.

From these word, it may not be a wrong assertion to conclude that; there is nothing wrong with power; that power could be used both constructively and destructively; that for man to function well in any given position of authority, he/she must identify that power is not a complete end but looks up to something further; it cannot itself be the ultimate goal; that power is valuable according to the use to which it may be put.

With this fact highlighted, let’s move from meaning to examples of wrong use of power.

Chief among such examples of the destructive exercise of power include Pol Pot of Cambodia. It was in the news that while in power in Cambodia between 1975 and 1978, he used his position to cause the death of more than two million people in Cambodia – a small country in Southeast Asia bordered by Vietnam and Thailand. This is a verifiable fact.

The story is not different here in Africa as it is factually backed that late Robert Mugagbe in his quest to hold on to power, massacred over 20,000 of his people and not animals, destroyed the nation’s economy and watched with disinterest while his wife looted millions of dollars. Fresh in our memories are the Liberia episode in the early 1990s, Gnassingbe Eyadema of Togo and Mobutu Seseseko of Zaire. Specifically in Africa, there are even more accounts of gradual and silent encroachment/abuse of power by those in positions of authority, than by violent and sudden usurpations.

Conversely, talking about constructive use of power back in Nigeria, the thought of Chief Obafemi Awolowo, then Premier of the Western region, comes to mind. He constructively used his position to better the lives of his people. Through quality and affordable education, he set the region on a hyper-modern pathway.

This feat or a combination of other people-purposed achievements, without doubt, explains why about four decades after his reign, he is daily remembered and used in virtually all the primary schools (both public and private), as an example of a great leader

Indeed, he defined power in the image of his actions

But today, that narrative has changed. National development is not only in trouble; rather education, power, health and infrastructure are the worst victims of present leadership ineptitudes.

In many ways, the present administration may have a sincere desire to move the nation forward, but there are three major militating factors. First, there is no clear definition of our problem as a nation, the goals to be achieved, or the means chosen to address the problems and to achieve the goals. Secondly, the system has virtually no consideration for connecting the poor with good means of livelihood-food, job and security. Thirdly, though they constitutionally possess the political powers to improve the life chances of the governed, government at all levels daily manifest non-possession of political will to perform their constitutional responsibilities.

This is the only possible explanation.
Out of many other areas of concern, take the education sector as an example. Globally; it is a well-considered belief that; education is an extremely valuable strategy for solving many of society's ills. In an age where information has more economic value than ever before, it’s obvious that education should have a higher national priority. It is also clear that democracies are more likely to succeed when there is widespread access to high-quality education.

But despite these virtues, attributes about education, here in Nigeria, the sector remains in the ‘valleys of the shadow of death’ occasioned by perennial underfunding and neglect. This failure points at FG’s unwillingness to engineer national development and signposts an administration that is not interested in using its power properly.

Among other demands, reversing this trend calls for leaders’ development of political will for using power both creatively and profitably.

The nation must come up with programmes to sustain the youths, as the future strength of the nation depends on its young people as their generation will provide the next set of leaders.

Taking this step is most important as they (youths) have recently lost all fears of punishment and yielded obedience to the power of violence. The Alamajiris in the north must be reintegrated back to school, so should challenges of the youths in the south-south whose farmlands and other means of livelihood have been destroyed through oil prospecting and explorations.

Nigerians and of course the world is in agreement that we can achieve this goal. The nation is not as poor as politicians trumpet it.

Utomi is the Programme Coordinator (Media and Policy), Social and Economic Justice Advocacy (SEJA), Lagos. He could be reached via;j[email protected]/08032725374,