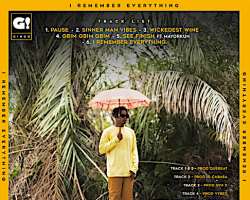 Following the release of his new EP “I Remember Everything”, Dapo Tuburna shares a glimpse into the colourful visual world of his new project with a sublime video for the lead single “Wickedest Wine”

Just like the song, the video is radiant as it is vibrant and is sure to arouse a feel good, gleeful mood in viewers.

With this many-hued catchy video, Dapo Tuburna has just put the icing on his first single of the year which has received amazing reviews from music critics and fans. The song is still raving and is especially popular among the womenfolk, “There’s just something about wickedest wine that makes you feel sexy” they all say.

The SynX produced hit song was directed by Director Dindu and is out today, March 31st, 2021.

The video is available here.