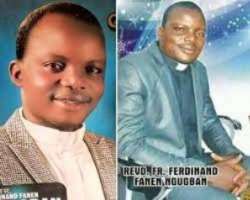 It was gathered that Fr. Ferdinand Ngugban of St. Augustine Aye Twar parish in Katsina Ala LGA was killed by bandits who raided the community and set many houses on fire.

The Council Chairman of Kastina-Ala, Joseph Atera, told our correspondent by telephone that the bandits, who attacked the priest at the church premises, also killed three others.

But Police Public Relations Officer (PPRO) of Benue Command, DSP Catherine Anene, confirmed only the killing of the priest.

“The corpse has been deposited at General Hospital, Kastsina-Ala while a joint operation of Police and other security agencies are on the trail of the hoodlums,” Anene said. (Daily Trust)