Governor's aide slumps during wedding Fatilha in the mosque, dies 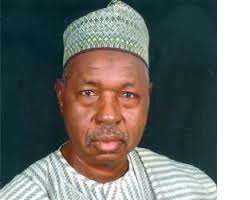 Daily Trust gathered that Jibia slumped and died at Banu Kumassie Juma'at Mosque, GRA Katsina, while attending the wedding Fatiha of the daughters of the Special Adviser to the governor on Security Matters, Alhaji Ibrahim Katsina, on Saturday.

Confirming the incident, Alhaji Ibrahim Katsina said, “Yes, it was during the wedding fatiha of my daughters, while he was exchanging pleasantries with friends and colleagues, late Rabe Jibia slumped and was rushed to the hospital where he was pronounced dead by the doctors.”

Alhaji Katsina said Jibia was one of the three SSAs appointed by Governor Masari in an attempt to decentralise as well as localise security matters.

The governor had appointed SSAs from the zone level to serve as zonal coordinators.

The late Jibia has been buried in accordance with Islamic rites.

He was buried on Saturday at his home town of Jibia in Jibia Local Government Area of Katsina.

The deceased's host expressed condolence on behalf of the Katsina state government as well as that of his family over what he described as “the sad exit of a hardworking colleague”.