What Can Kogi Become…? 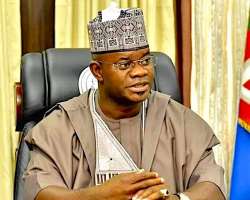 In the modern world, Dubai is viewed as an elite destination for business, vacationing, and everything in between. And why not, if not for the fun alone of seeing the imposing architectural masterpieces and numerous tourists sites and wonders. The transformation wonder from desert state to Eldorado after 1966 has been studied and indeed many societies have tried and are trying to replicate this amazing revolution. Pondering on this has formed the topic on my mind: What can Kogi State become?

Currently, there is a general negative perception that has become associated with my beloved Kogi State. This is not a surprise however, with numerous cases of banditry and kidnapping becoming rampant, creating unrest in a state that could be a cynosure for the world to see and admire, like the famous Dubai. Kogi State holds the prestige of housing the biggest iron and steel commercial enterprise in Nigeria - the Ajaokuta Steel Company, which is however currently in Moribund. Kogi also houses the Obajana cement factory, the biggest cement factory in Africa. While being rich in iron and steel, Kogi is also home to other valuable mineral resources like coal, dolomite, feldspar, bauxite and limestone.

Kogi State is also blessed with a host of amazing human resources, with numerous trendsetters across various fields tracing their lineage back to Kogi. The late Tolulope Arotile was one of such trendsetters. Before her untimely passing in July 2020, she was recognised as the first ever female combat helicopter pilot in the Nigerian Air force, acquiring about 460 hours of flight just two years into her career as a combat pilot - a very impressive feat. Another notable figure was Chief Samuel Aliyu Ajayi (1910-1994). He was a Nigerian statesman who was an active part of the delegation at the Lancaster House Conferences in London, which resulted in Nigeria’s democracy. Then we could also turn to notable trendsetters who even today are still making waves across Nigeria. Segun Adaju is one such figure.

The modern world is pressing closer and closer towards more sustainable energy options and it is noteworthy that a Kogite is one of those leading the charge in Nigeria. He is the CEO of Consistent Energy Limited and president of the Renewable Energy Association Nigeria, both of which are geared towards the development of renewable energy sources in Nigeria and Africa. Another notable figure is Mercy Johnson, the popular Nigerian actress and producer, who in 2012 was dubbed the Google’s most searched Nigerian celebrity. She is the current senior special assistant (SSA) to the Kogi State Governor on entertainment, arts and culture. The list also includes the multi-award winning artiste, Praiz. Praiz came into the limelight as second runner-up in the first season of Project Fame West Africa, just behind the winner for that year- Iyanya. The singer has released many notable hits such as “Rich and Famous” and “Sisi”, and has collaborated with other popular acts on the music scene like Wizkid, MI, Cobhams, Bez, and the list goes on. Praiz is also involved with some charitable organizations including Safe Motherhood Foundation and Little Big Souls, an organization geared towards helping to reduce premature maternal mortality and assisting women who cannot afford maternal care.

Kogi is also home to a number of tourist attractions. Mount Patti is one of such attractions. This tourist destination is popularly thought to be the place where the name “Nigeria” was coined, as Flora Shaw looked on the scenery. The confluence- meeting point of River Niger and River Benue- is also another tourist attraction. Indeed, the state is proud to have this as is shown in its moniker as “the confluence state”. A particularly underrated attraction comes in form of the town of Ogidi. Ogidi is a Yoruba town in Kogi, known for its formations of igneous rock mountains, a traditional art industry, hospitality, valor and a deep tradition of self-reliance. The men are typically hunters and farmers, while the women are famous for producing eye-catching arts and crafts. The famous Nigerian artist, Chief Nike Davies Okundaye, was born and raised in this town, amidst the traditional dyeing and weaving styles which influenced her as she grew older and branched out as an artist, and she is today the owner of the Nike Art Gallery.

So, there is no doubt that Kogi is blessed with resources; natural, human and otherwise. So how can all of these come together to turn Kogi into a modern masterpiece? I suggest that the path to this is clear but tedious. All things worthwhile require some level of stubborn determination, and if my dear state will ever live up to its full potential then there is work to be done.

An important issue that must be dealt with first and foremost is the rampant insecurity within the state and on its outskirts. The border between the Federal Capital Territory and Kogi State is notoriously unsafe. Reports of kidnappings, armed robberies and even killings along this well-travelled route, make it almost undesirable to make trips across this border. It is commendable that the current administration of the state has been and is actively taking steps to curb this troublesome trend. Nonetheless, much more must be done to ensure that these troublesome elements do not begin to remerge.

A further step would be the opening up of the state for investment. Kogi is home to a number of natural resources, exploiting them to the fullest should be central to any development plans within the state. This is also an avenue for job creation for the teeming youth population within the state, which in the long term will create a stable economic system of wage earners and taxation that further generates internal revenue. Investment should also be poured into the tourist attractions, both in terms of publicity and capital for maintenance and mass production. Furthermore, it would be beneficial to the state to associate itself with the Kogites who have become success stories. This will form positive aspirations for the younger ones, as well as encouraging the development of the various fields of endeavor which these success stories are specialized in. We move farther by standing on the shoulders of giants, so we must first prove to the people that these giants exist and that they can be like them or even greater.

The building of a functional international airport is also an important step that must be taken. At the moment, the only similar facility within the state is the Ajaokuta airstrip. This should not be so, not in this age of development and the world shrinking into one large community. Kogi must be made accessible to the world. It is no longer suitable for people to have to travel to Abuja, and then take the road trip back into Kogi.

There is hope for Kogi State. The road is tedious, and it is much easier said than done, but still it must be said. What can Kogi become? So much more. Mr Victor Alonge is the National Youth Coordinator, T.N.COM . He can be reached via: EMAIL: [email protected] , Twitter: @Alonge_jr