Why The Yoruba Referendum Cannot Be Avoided 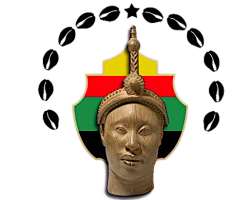 This is a slight detour from our series on Asiwaju Tinubu which shall be continued shortly.

(1) The Existential Reality facing Yorubaland now demands an interrogation of the various strategies adopted by some of the prominent organizations all circling around Yoruba Autonomy. We note the role played by Professor Banji Akintoye and his group, “Ilana” in this entire process and his support and encouragement of efforts to reduce Yoruba Autonomy to a helpless quest by its submersion into “Nigerian Indigenous Nationalities Alliance for Self-Determination” (NINAS) and courting the sympathy of the International Community anchored on the admission of the Yoruba Nation into the Unrepresented Nations and Peoples’ Organization (UNPO) regarded by “Ilana” as the flagship of Yoruba Engagement with the International Community.

(2) This prompted Professor Banji Akintoye to address a Press Conference on March 17, 2021 as the Chairman of NINAS, with Tony Nnadi, its Secretary, in attendance. Professor Banji Akintoye went on to proclaim, “Yoruba Sovereignty” hinged on the expiration of a 90-day Ultimatum given to the Central Government while NO OTHER member of the “Alliance Territory” made any representation on behalf of their own people, despite the presence of Tony Nnadi, who also did NOT make any proclamation on behalf of his own People, the Igbo.

(3) Which brings up the question as to whether the purpose of the “Alliance” is in its Self-Determination claims or stampeding the Yoruba into an unnecessary confrontation.

(4) The YORUBA REFERENDUM COMMITTEE has always maintained that SOVEREIGNTY RESIDES in the People; that the Yoruba believe that our heads cannot be shaved in our absence; therefore, the manifestation of that SOVEREIGNTY must be perfected through the Referendum Mechanism, which not only defines the internal relations within Yorubaland but also our relations with the non-Yoruba Peoples and States of the world.

(5) Towards this end, the DRAFT BILL FOR A REFERENDUM has been presented to the Governors of Lagos, Ogun, Oyo, Osun, Ondo and Ekiti States as well as the Speakers of these States’ Houses of Assembly for passage into Law, for the specific purpose of reasserting the SOVEREIGN WILL of the Yoruba People.

(6) This Sovereign Will is expressly stated in the ANNEXURE to the Bill for A Referendum as follows: (a) A Federal Nigeria, through a valid Federal Constitution, to be known as The Union of Nigerian Constituent Nationalities, with a Federal Presidential Council, whose members will be selected or elected from each of the Nationalities as Federating Units and from whom a Head of State will be selected or elected as the primus-inter-pares with an agreed term” (b) Western/Oduduwa Region shall be a Constituent Unit of the Nigerian Union. (c) Western/Oduduwa Region shall adopt a Parliamentary System of government. (d) The Central Government of the Union shall have no power to interfere nor intervene in the affairs of the ODUDUWA REGION, save as shall be agreed to by three quarters of the members of the Region’s Parliament. (e)There shall be a Division of the Federal Armed Forces in the Region, 90% of which personnel shall be indigenes of the Region. The Divisional commander shall be an indigene of Oduduwa Region. (f) The Judicial power of the Region shall be vested in the Supreme Court of the Region, Court of Appeal, High Court, Customary Court and Other lower courts as the Parliament may establish. (g) There shall be a Court of Appeal in each of the provinces. There shall be, in each province, a High Court from which appeals shall lie to the Court of Appeal and Supreme Court of the Region. (h) Western/Oduduwa Region shall have its own internal security system. (i) Each Constituent Unit of the Nigerian Federation shall control primary interest in its own resources with an agreed Tax Model for the Federation.

(8) The implication of the Annexure and Articles 8-10 is that, in the event of a “YES” vote, the Yoruba Nation would have been able to not only have an official and LEGITIMATE representation but also have a leadership to be held accountable concerning our Self-Determination, representing the Nation, both locally and internationally, on all matters that may arise during our quest.

(9) Despite all of these efforts, Professor Banji Akintoye and “Ilana” elected to ignore them, embracing the canopy of an “Alliance Territory” comprising the Yoruba(SW), Lower Niger, SE and the Middle Belt, created in opposition to what it claimed to be a “Sharia Territory”, comprising 12 of the Northern States, and capped with the unfortunate and sad Press Conference and which some other groups latched upon as their platform to engage the UN, Europe, the US, and other powers in order to enlist their support.

(10) Needless to say, the delineation of a “Sharia Territory” implies a religious characterization totally incongruent with the existence of Yoruba Muslims, who had positively contributed to the emergence and sustenance of the “Golden Era” of the Western Region and which will ultimately lead to not only shaving our heads in our absence—we will still have our heads on our shoulders—but this time, “won a fi ori wa fo agbon”; that is our heads will be used to break the coconut thereby shattering our heads.

(11) The quest for Self-Determination or Autonomy must proceed from the actions and demands of the Peoples concerned; it must be internally digested and codified in such a manner that any form of International engagement will be an addition to these efforts, otherwise, the entire Self-Determination concept would have been defeated from conception, with the further implication of reinforcing the racist and imperialist notion of the African as incapable of any thought or self-activity.

(12) Now that Governors Akeredolu and Fayemi of Ondo and Ekiti States have expressed the NECESSITY FOR A CONSENSUS ON MATTERS OF SELF-DETERMINATION, and IF, as Professor Banji Akintoye now says, that what was declared on behalf of Yoruba People on March 17, 2021 is the preference for an “Autonomous Yoruba Nation”, a YORUBA REFERENDUM provides the ONLY avenue towards arriving at a conclusion of the entire matter.

(13) Those organizations approaching the international community as their first line of engagement will do well to consider the fact that the United Nations itself is yet to FULLY come to terms with Self-Determination as shown by the UNPO Report to the United Nations Expert Mechanism for the Rights of Indigenous Peoples which clearly shows the necessity for any Self-Determination quest to establish its own LEGITIMACY BEFORE it can be taken seriously by the International Community, otherwise, it will be akin to putting the cart before the horse.

(15) The above shows that the United Nations itself is still undergoing a process of addressing fundamental issues on Self-Determination while it is also under the control mechanism of the “Major Powers” in its Security Council who also determine its trajectories and from whom Africa had been subjugated via direct and indirect colonial rule for centuries.

(16) To engage them therefore requires the reinforcement of our Existential Priorities through the LEGITIMIZATION of our quests and which a window has now been opened via the declarations from various Yoruba quarters creating the MOMENT for it.

(17) All of the above created the impetus for the Petition for a Yoruba Referendum and which can be found HERE: http://chng.it/ybwX2ZR6Tt

(18) The YORUBA REFERENDUM COMMITTEE thanks you if you have signed.

(19) IF not, kindly do so and SHARE.
(20) There are over 40Million Yoruba worldwide. Let as many as possible sign the Petition.

(21) Copies will be delivered to the Governors at every 5000 Threshold. The first threshold had been reached and delivered. We are approaching the next threshold.

(22) BE A PART OF HISTORY!
Thank you.
The Editorial Board
Yoruba Referendum Committee
e-mail: [email protected]