Security Situation In The Southeast: The Days We Feared Are Here 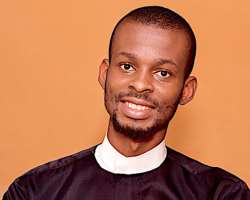 We must accept emergent realities, the days we feared and warned about have come to the southeast.

Years and years of marginalization (both real and imagined), a cap-in-hand and self-serving political leadership, nonchalant business, academic and even religious elite, episodes of ‘Python Dance,’ plus other ancillary military/police operations, high youth unemployment rate and other factors gave birth to this pandemic of gun violence that is now upon the southeast.

From Orlu to Nkpologwu, people, in Nigeria’s usual cloud of denialism, often referred to as “unknown gunmen are on a spree. Killing police, military and naval resources, attacking police stations, police checkpoints, Nigeria Correctional Service convoys, etcetera. It should be clear by now, we are witnessing an aggressive social re-engineering campaign. These “unknown gunmen” are seeking to obtain the monopoly of violence or at least become a dominant force in the southeast.

No thanks to President Muhammadu Buhari's visibly biased handling of Fulani terrorism and southeast governors' halting response to it, the activities of these “unknown gunmen,” for now, enjoy the sympathy of, or at least evokes little to no condemnation from, many southeasterners.

That a people hitherto known for their belief in the sacredness of life now excuse reprehensible acts like these goes on to show how badly Nigeria has damaged itself in the eyes of many. Gbadebo Rhodes-Vivour is right; “Nigeria waits for a problem to fester, then when the people react with violence, it now rewards them. And this sends a wrong message that it's only when you get violent that the government listens to you.”

The southeast, through these “unknown gunmen” and other armed groups their activities will inspire, may be a late comer to this arms-against-the-state game, but it will bring with it all the innovation, ingenuity and business acumen the region is known for. Those who are worried about commercialization of violence in the north should wait till this thing we collectively ordered from Jumia fully arrives in the southeast. But the issues are more nuanced and more explosive than that.

As it is today, Nigeria has substantially lost and continues to lose critical elements of statehood. It is sad that current leadership neither has the motivation nor the depth required to address these issues.

Times ahead will be interesting. Businesses down here should start empaneling ideas to survive this coming winter. Nkwo Nnewi and Ngbuka Obosi, for instance, should consider moving their spare parts businesses online to prepare for a time customers may be afraid or even find it practically impossible to physically shop from them.

Members of the attentive public have taken what lawyers call “judicial notice” of southeast governors’ reactions to these security challenges. In Anambra, Gov. Willie Obiano's address last Sunday was surprisingly magisterial. The governor substantially acknowledged all reported crimes - the killing of Police and Naval resources, attack on a Nigeria Correctional Service convoy, foiled attempt at razing a police station, kidnapping and indeed worrisome suspected herdsmen terrorism in some parts of Awka North, Ayamelum, and that stretch of Anambra peripheries.

Obiano reassured Anambra residents of the steps his government is taking to reclaim charge. Nothing we already know about Obiano in the seven years he has governed Anambra state inspires optimism about the actions that will follow his beautiful speech.

The state sounded as if it had a containment plan. Even if it does, the fear is that this ship has sailed far beyond what is seen on the surface. If the government is of the impression, as suggested, that a “police action” of just a few weeks will wipe off these “unknown gunmen,” they may have learnt nothing from 1967 and the intervening years.

Government, both federal and state, but essentially the former, should be weary of high-sounding military analysis and PowerPoint presentations that recommend an all-out military offensive. Nigeria tried it with Boko Haram at its embryonic stage. The catastrophic failure of that poorly-considered idea should inform today's policymakers.

Already there are reports of sporadic shooting into the air, and hassling of young people around Onitsha, Obosi and many parts of the southeast by security operatives in “retaliation” or in protest of their slain comrades. I sympathize with these soldiers. The bond they form with their colleagues, especially during high-octane training and missions is difficult to erase. But military commanders must not allow emotions of their “boys,” who may not have a full appreciation of what the issues are, to run afoul of the overall strategic goal.

Public policy consultancy doesn't come cheap. But this advice is freely offered because of the collective good that accrues when government's actions are informed by wise counsel.

To take out these “unknown gunmen,” the government must first neutralize their ideological knockout punch. Southeasterners, and indeed many other Nigerians, are alarmed at the atrocious incursions of terrorists masquerading as herdsmen. The Buhari-led government's condonation and seeming encouragement of their crimes gives rise to widespread speculations of a grand subjugation plan. Whether or not this plan exists is not the focus of this intervention. One thing is sure, southeasterners will never accept that imagined future or even the faintest idea of it.

That these “unknown gunmen” enjoy significant public support despite their reprehensible acts, and the danger such acts pose to the society, is a testimony to the people's radical protest to herdsmen terrorism and its often discussed wider goal. Repeated incidents in Plateau, Benue and other such places, including the recent attempt on Gov. Ortom's life, lend credence to this radical protest.

Until the government cuts down these marauding herdsmen terrorists and totally wipes off the fear of whatever grand plan that has occupied the minds of many people, it can try but it won't win a war against an equally violent group that has anchored its operations on running those terrorists out of the land.

If that fear of conquest is not completely erased, a vast majority of southeasterners are willing, and, as the events of the past weeks have proven, able to make incremental adjustments to their values and morality to accommodate excesses of their armed “defenders.”

It is clearly visible; “unknown gunmen” are winning the ideological side of this largely undeclared war. Despite atrocious acts attributed to them, their approval rating in the southeast remains higher than that of the police/military combined. This is not just among the youths, but among the elite, including, if not especially, orthodox religious elite.

There are difficult choices to be made. At a youth unemployment rate of 42.5%, earned distrust in public office holders and public institutions, little faith in the concept of Nigeria, threat of subjugation, a feeling of marginalization and a very strong ideological appeal, these “unknown gunmen” can recruit faster than the government can kill. May God comfort grieving families and imbue our leaders with the spirit of wisdom.

Chimais a public policy analyst and a good governance advocate. He writes from Awka, Anambra State.