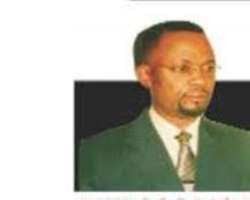 Since the creation of Imo State in 1976, a total of sixteen administrations have piloted the affairs of the State, while nine were under the Junta regimes, seven were under civil rule. The people’s mandate that installed these seven administrations was a piled-up-search for good governance which orchestrates socioeconomic development. Imo is in endless search for good leadership that foster desirable socioeconomic development, while at the same time strives at fairness in power shifts amongst the component senatorial districts of the State.

Each democratic dispensation propels Imo towards socioeconomic development that it searches, gets and has not got enough. The citizens keep hoping for the Ayi Kwei Amah’s Beautiful Ones that Are Not Yet Born, and in every vote-hunting era, gubernatorial aspirants present themselves each as the long expected messiah, and thus the State hopes on endless hope, crawling to the threshold of its destiny.

Certainly, in all the seven civilian governments Imo has witnessed, notwithstanding their transient or full-spanned duration, the needful has been done but not even up to average, and in all, only in few- Governors Sam Mbakwe (1979-1983) and Rochas Okorocha (2011-2019) did Imo get Governors that performed above average in socioeconomic and infrastructural developments. While the former was bent in both structural and functional infrastructural developments, the latter was wont to lither in Imo, structural infrastructures that it truly deserves but in functional heights.

More so, among the seven Executive heads of Imo State, only Governors Sam Mbakwe and Godson Ohakim showed socioeconomic plans for the State. While the former called Imo stakeholders and formed State-wide committee on socioeconomic planning and executed it during his tenures, the latter took almost four years to plan a classical State socioeconomic project which was to be implemented in his debauched second tenure. The lost of his second tenure was indeed a great loss and retardation of the State on its journey towards socioeconomic development. The loss was however due to the State’s strives for good governance and for the search of a true leader that would lead its affairs to the desired heights.

In all, Imo previous leaders lacked certain essential features of good governance, which includes: Impromptu visits around the State, consultations of wide-ranged stakeholders, transparency and accountability, continuity of past administrations good projects and policies, maintenance culture that subsumes- Recovery, rehabilitation and reconstruction. These were sparingly found in each of the past administrations in the State, it is on this note that the Owerri Modern Market that Gov Sam Mbakwe started since 40 years ago, has not got any administration after him that would review the vision of the establishment and complete the project. It was only in the regime of Gov Okorocha that Imo witnessed a little improvement in continuity of past administrations infrastructural projects; the second and most plausible is Gov Uzodinma’s administration. What we hear when a seating Governor is completing the abandoned or uncompleted projects of his predecessor is: ‘It was my project,’ which the starter was and perhaps will never, be able to return for completion except with the Imo constituency’s mandate.

It is on this note that we are enthusiastic about Gov Hope Uzodinma that Imo is at the threshold of socioeconomic development, given his 3Rs- Recovery, rehabilitation and reconstruction. These three principles of continuity, if he lives true to them, we are hopeful, will lead Imo to the doorstep of socioeconomic development. Farfetched from praise-singing and sycophancy, this article is a prescient appreciation and projection of the great expectations of Imolites on the administration of Gov Hope Uzodinma, whom we suppose will be a new hope for Imo.

Those who firmly believe In this administration are full of great expectation that Imo may find itself at the end of this administration at the threshold of the desired socioeconomic developments, which only the future and posterity will justify. This hope is an optimistic state of mind that is based on expectations of positive outcomes with respect to events and circumstances in Imolites life or the affairs of the State. We express certain degree of confidence in the expectations, and in anticipation, we so much cherish the desired socioeconomic developments that would come.

To great somewhat, our confidence is reposed on the unseen substance and ontological liaison between name and being, that between Hope as a name and hope as a concept, which Imolites have been hoping for, the supernatural revelation of Gov Uzodinma’s victory tends to break the bonds of poor socioeconomic developments in the State. Albeit, the correctness of this state of clear headedness- confidence, is predictive or hypothetical, and based on this we see the emergence of Gov Uzodinma as an effective divine gift for the correction of certain mal-administrative acts of previous administrations. His positive and desirable reactive actions on these great expectations will definitely set Imo on the heights of our dreams, being Land of Hope. The realization of these expectations is predicated upon good governance. It is thus paradoxical that a Land of Hope keeps hoping endlessly, and it is expectant that having met ‘Hope,’ Imo ought not hope further but experience the actualizations of its dreams and desires. Thus, nominally and ontologically, Gov Hope is under serious challenge- Not to disappoint the Supreme Hand that chose him, not to make Imolites hope in vain and to prove the ontological liaison between name- Hope and being- The actuality of the potentiality imbedded in hope.

For close to 20 years now (1999-2019), Imolites have been in search for good governance and to set at equal balance the power rotations amongst its constituent 3 senatorial districts. Social critics have written a lot against bad governance in the State, the extent it retards socioeconomic growth and the dangers of selfish-interest leadership, as well as the imbalance in power rotations amongst the 3 senatorial districts in Imo.

All these write-ups lacked vivid explorations on the (immediate and remote) causes, on the (proper, coefficient and ripple) effects of the problems of the research, and the prospects of a new dawn.

The shift of emphasis from permutation to letting the possessors of our mandate know our expectations and resolute decision to continue or discontinue the contract of leading and representing us, is based on the fact that most elective office seekers in Imo and in Nigeria as a nation, seek the peoples mandate for selfish than service ends.

It is also very probable that God had joined Imolites to sieve its aspiring leaders and give them their heart desires at one time and His own will at other times. The en jeu here is that Imolites are resolute on their mandate, as arming and disarming weapons to select or reject and install or dethrone any elective office holder or seeker who plays trivialities with their wellbeing and State’s common good. These resolutions seem to be generated from a possible inconsideration of the Imo electorates on the issue of zoning, as the search for good governance is preeminent to ensuring the stability of the equity charter.

This seems to substantiate the chute of Gov Ohakim and candidates after him, and the double success of Owelle Rochas Okorocha, as well as the later chute of Gov Okorocha in installing his son-in-law, Chief Uche Nwosu and the emergence of Gov Ihedioha, whose victory was upturned by the justice of the Nigerian apex court. The resolution has made incumbency no more a factor for succession in electoral contest, and all these wobble the Imo charter of equity, which yearns for fairness and balance.

The foregoing exposition show that socioeconomic growth is only possible in Imo State with good governance; and bad governance is a problem that the electorates try to avoid while choosing their future leaders, but in desperation for change, for equity, for selfishness and money acquisition, have chosen leaders that were less prepared for such grandeur of leadership and thus underperformed.

This purview unveils the difficulties in knowing who will or will not underperform, and who is at the best position of knowing who will deliver in leadership or not. Is it the seating Governor or the ruling party that should choose? Is it the electorates or the stakeholders whose predispositions to truth and biases are uncertified? How do we select the best leader for our State- Is it by merit or survival of the fittest?

From the depth of my research, it is only Governor Mbakwe who kept up to 60% of his campaign promises, and only Gov Ihedioha had the most elaborate manifesto that would transform Imo faster and that began his administration from its guidelines; only Gov Ohakim that played the most transparent leadership; only Gov Okorocha that showed the widest range and highest degree of impartiality in the distribution of structural infrastructures, and only Gov Uzodinma has vowed to recover, rehabilitate and reconstruct what others have not done well, and showed faithfulness in projects continuity. Up till when shall Imo continue with these piecemeal of excellence?

The contention here is that choosing a right leader is a great task for the State, which has not thought out means and solutions to them or determined their implementation. Every gubernatorial candidate after elections finds it difficult to accept defeat, as the defeats themselves turn complicating to believe and the pursued victory is farfetched from conviction. This makes Imo wander at the threshold of socioeconomic development; without really entering in or settling down, because of the inelasticity and infidelity of its leaders after winning elections, to live true to their campaign promises and deliver as expected. Thus as William Butler Yeats said, the best Imo gubernatorial candidates lack all conviction while the worst of them are full of passionate intensity. And thus with politics, we choose who ought not to be chosen and miss who ought not to be missed.

The difficulties here are how the Imo community can solve the enduring problems of bad governance and poor socioeconomic growths and balance the inequity in power shift amongst the three senatorial districts of the State: Imo East (Owerri zone), Imo North (Okigwe zone) and Imo West (Orlu zone). Is it impossible to achieve good governance and at the same time maintain the needful balance in the equity charter?