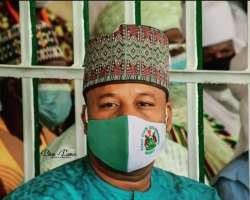 Salihu Tanko Yakasai, a former Special Adviser on Media to Kano State Governor, Abdullahi Ganduje, has said that President Muhammadu Buhari is not taking the issue of banditry

According to ex media aide, the presidency is confusing bandits with conflicting ultimatums.

Governor Ganduje fired Yakasai last month after criticising President Buhari and his All Progressives Congress (APC) government, over the President’s inability to secure the country.

Yakasai was also arrested and detained for days by the Department of State Services (DSS) over his criticisms of Buhari.

Security forces were said to have rescued 180 of the abductees, but 39 students are still in the den of the

Following the incident, Senior Special Assistant, Media and Publicity to the President, Garba Shehu, said the president “issued a stern warning to would-be terrorists and bandits targeting schools, saying the country will not allow the destruction of the school system”.

Reacting to the tweet by the Presidential spokesman, Yakasai wrote, “To be honest, you’re confusing these bandits/terrorists. Last week in Zamfara, you gave them two months’ notice, today na stern warning, which one should they take seriously Mallam Garba? If I’m a father with a kid in boarding school in the affected states, I’ll withdraw them kawai.”