Food Blockade Of South By The North: Is Nigeria Really Better Off When Divided? 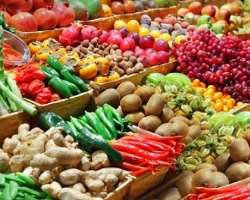 No man is an island, a tree cannot make a forest, it takes two to tango are some of the popular anecdotes with respect to depending on one another and the necessity of unity in all spheres and circles.

Sadly, the above quotes no matter the duration it is sung into our mental consciousness as Nigerians will achieve the desired objective or goal. This may not be due to many reasons whihc have continually ripped our fabric apart as a country.

There is no single region, tribe or state that can stand shoulder tall singlehandedly without support or assistance from others. Our uniqueness lies in our diversity. This can be harnessed effectively towards national development and growth.

Nature apparently aware of this had deposited different resources into each region and state. To say the least is to say the fact that the southern entity cannot claim to be able to stand alone after all they have crude oil which has been the bulk of the nation's income. The northern entity on the other hand cannot claim to be able to consume it's gold and other choicest resource. We are bound by one collective name which is Nigeria.

But with the spate of things and the reality of events in recent times, it is as though the entity christened Nigeria is been programmed to be divided. The cost of food items especially grains has been affirmed to be in the increase at a geometric progression. And what region do you think are the most affected? The southern region.

And when our nation's economic observers and statisticians will postulate the rationale for the hike, their findings revealed that the increase in the cost of goods may not have been due to the food blockade of the south by the northern axis.

Their findings further revealed that a group under the aegis of the Amalgamated Union of Food and Cattle Dealers of Nigeria (AUFCDN) has announced their decision to stop the transportation of food items coming down south. Their decision is hinged on the refusal of the government to cough out a whopping N4.7 billion from the government as compensation for its losses in the Shasha market crisis in Oyo and in the #EndSARS violence which happened across the country last year.

The gentlemen of the press had also reported of the diversion of these food items to neighbouring countries. The group had confidently affirmed that their decision was in the best interest of the country and that they wouldn't be at loss.

But does this decision by the food union not be speak our collective existence? I think we need to be reminded of the saying that cutting off the head isn't the best antidote to headache.

Nigeria isn't better off when divided. Our collective existence lies in harping on our diversified nature so as to move the nation forward. The masses should not be made to bear the brunt of a government's ineptitude and failure with respect to appeasing and soothing aggrieved parties.

To avert a crisis stemming from a national hunger, is to allow the government take necessary steps to calling a round table discussion of noi the victor and the victim. While it is undisputable that the shasha crisis of Oyo State affected all and sundry.

This is evident in the number of lives, properties and valuables that were swept away. Notwithstanding, a region shouldn't be solely affected with blows and threats especially with food items which has been proven to be quintessential.

To prevent national hunger is to allow the government and its adjunct facilities take its course. No nation or society has ever survived a war and it is undeniable that Nigeria wouldn't be an exception.

To continue to block the passage of food down south is to appease the gods of hunger and how can the nation survive the pangs collectively especially when several entities are affected.

We are not better if when divided. It is high time all aggrieved parties sheath their swords and embrace peace.