Salihu Yakassi, social criticism and the future of political leadership in Nigeria 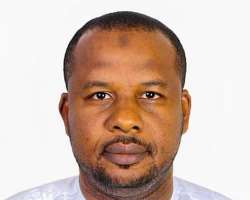 For a multi-ethnic entity like Nigeria, the problems which stare us on the face are such that cannot be recounted on the pages of paper. From high profile insecurity which has nosedived into banditry, insurgency, criminal abduction, corruption, bad governance etc.

This may without ado, be the rationale for the frequent protests by well meaning citizens demanding for good governance and transparency in political affairs. Sadly, these protests are greeted with stifles and oppositions from the current leadership of the Nigerian society.

Overtime, the instrumentality of the law and the nation's security apparatus have been utilised as a means to silencing citizens. The consequences of these are not limited to harassment and intimidation, imprisonment and bullying.

As the above occurrences continue to emanate on a daily basis, the question that has not ceased from the lips of many is: are Nigerian leaders afraid of social criticism?

Just over the weekend, Salihu Yakassi, a media aide to Governor Umar Ganduje of Kano State, was relieved of his political duties for criticising the government on the spate of recent abductions of school children in the north western part of the country. We may then begin to wonder what correlation exists between expressing one's mind on the realistic State of things and getting suspended.

Have we quickly slided into dictatorship or authoritarianism where citizens are dealt with for daring to make comments on issues ravaging the polity?

It is the dream of every Nigerian citizen to enjoy the benefits of democracy and good governance. But with the recent State of things were the government puts a clampdown on the media and private citizens, this dream is gradually being eroded and may not see the light of the day.

We may not forget the fact that many a Nigerian citizen have endured hardships, emotional turmoil and troubles for daring to make comments on matters affecting the country. In extreme cases, some have been incarcerated while some others have sealed the deal with their lives. This makes me conclude at times that being a citizen especially in the country christened erroneously as the giant of the African continent isn't what one should be proud of especially with respect to treating citizens with courtesy and dignity

Obviously, Salihu Yakassi wouldn't be the first in the records of people who have been sacked, incarcerated or killed for social criticism. What about Omoyele Sowore who was charged with terrorism for championing the revolution now movement? What about Mubarak Bala whose whereabout seems to be unknown for over 300 days? Have we forgotten the likes of Agba Jalingo, Dele Giwa, Ken Saro Wiwa or the popular Dadiyita whose case have slipped into the annals of history?

What claim then does Nigeria have to elucidate the point that we are truly a democratic entity encapsulating the tenets of the rule of law and human rights? With the speedy passage of time, political maladministration, tyeoannyu and oppression are beginning to be the system of governance.

The defunct anti social media bill which was met with stiff opposition towards the end of last year undoubtedly was proposed to shut the mouths of poor citizens.

The current crop of Nigerian leaders both at the federal, State and local level needs be reminded that social criticism is the bread and butter of political administration. In fact, it is necessary so everything will be kept under checks and balances.

Leadership isn't a one sided approach where leaders prefer to be praised continually rather than been reprimanded. Leaders are accountable to the citizens. After all, haven't they elected them into power? Of course they do.

To fully have a political leadership jn the future where all and sundry could be proud of, is to have a present adminstration where citizens do not have to entertain fear in the singular basis of demanding for what is just and fair.

Let me end this piece by aligning myself with the popular quote that “good leaders are not afraid to be criticised, only cowards express the fear of being criticised".

It is high time we understood the fact that citizens are the fundamental building blocks of a society as complex and magnanimous as Nigeria. When they are treated with dignity and respect, is when the nation progresses.