Further Notes To The Nigerian Left 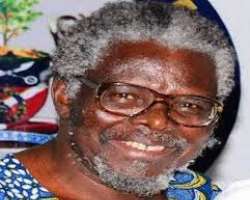 The Nigerian Left has largely neglected, if not deliberately avoided a renewed ideological struggle which has become a strong factor in both the general turbulence and violence enveloping the whole country and the associated power struggle within the ruling class. The neglected or badly engaged ideological struggle may simply be described as “argument over the birth of Nigeria,” that is, argument over how Nigeria came into being and what would have happened if Britain, an imperial colonial power, had not invaded our lands, defeated or deceived our ancestors, gathered them together and imposed itself on them. The argument then proceeds to the desirability or otherwise of returning to the status quo-ante 1900, 1906, 1914, 1935, 1945, 1952, 1960, or 1966, that is, returning to the situation existing before one of the major pre-1966 landmarks of our collective history.

It is to be hoped that my description of what is now happening in the country as associated with (but not reducible to) a power struggle within the ruling class will not, itself, spark off an angry argument. Let me briefly explain myself. Because Nigeria’s ruling class is – for now! – economically, socially, politically, and ideologically hegemonic in the country, every serious struggle within it threatens to integrate itself with popular struggle. And I employ the term “popular” in the ordinary Leftist sense of involving working, toiling, poor and de-classed masses and expressing their interests.

The proposition here is that we should not be lost in the forms in which a battle within the ruling class – or even a national battle - is waged, thereby forgetting the origin or essence of that battle. To illustrate: the struggle to become the president or a state governor manifests itself most strongly and most violently among the masses – not only in the distribution of “palliatives”, “logistics” and “stomach infrastructure,” but more dangerously in the interpretation or re-interpretation of history and contemporary reality.

Nigerian Leftists and Leftist activists should therefore not neglect the ideological argument about the origin or creation of Nigeria and the trajectory of its history. We cannot ignore messages being beamed on the masses and which the latter do not always ignore but sometimes believe and act upon. Our ideological and political choice of a united Nigeria under people’s power, popular-democracy and socialism should draw us into the debate on origin and history. In general, it is wrong to ignore any issue through which the ruling class exercises or strengthens its hegemony (control) over the masses. That is the main issue in this piece. Our ideological task here is two-fold. One: to truthfully reconstruct the story of Nigeria’s creation and the country’s main historical trajectory; and two: to defend Leftist platform of revolutionary national unity which stands on a rejection of both the call to march back to the past and the silly mantra of “Nigerian unity is not negotiable”.

Taking a long view of humanity and of the Nigerian history, we may begin our own narrative like this: After a long period of violent, enslaving and exploitative incursions into this part of the African continent, a European imperial power, Britain, felt confident enough, on January 1, 1900, to proclaim the establishment of three conquered territorial possessions: the Protectorate of Northern Nigeria, the Protectorate of Southern Nigeria and the Colony of Lagos. The first was ruled from Lokoja; the second from Calabar/Asaba and the third from Lagos. Six years later, in 1906, the second and third possessions were merged to become the Colony and Protectorate of Southern Nigeria. And eight years later, in 1914, the original three – and later two – possessions were merged (“amalgamated”) to become the Colony and Protectorate of Nigeria. Between 1900 and 1914, the British, now firmly established in Lokoja, Calabar/Asaba and Lagos as a military power, completed the conquest and “pacification” of all the territories included in Nigeria as we know it today. About 1935, the Southern Protectorate was split into Western and Eastern groups of Provinces. Northern Protectorate also became Northern group of Provinces.

However, despite the 1914 “amalgamation”, colonial Nigeria was still governed like two separate colonies up to 1945, that is, up to the end of the Second World War. The real political and administrative integration that started after that war became part of the process of British de-colonisation of Nigeria. The process ended on October 1, 1960 with the independence of Nigeria. At independence, Nigeria was confirmed as a federation of three constituent regions: North, West and East and a federal capital territory, Lagos.

Although a lot of internal geopolitical and administrative restructuring has taken place in Nigeria since the creation of the country in 1914, its shape and surface area remain almost the same today, 107 years later. Furthermore, although Nigeria now has a total of 36 constituent states (and a federal capital territory) grouped into six geopolitical zones and split into a total of 774 local government areas, Nigeria’s ruling class and its power blocs and political forces have ensured that the 1914 colonial two-part structure (North and South) remains active at some essential levels of politics, governance and power struggle.

This highly condensed narrative may be followed by a series of explanatory and self-clarificatory footnotes, or rather, series of declarations, affirmations, and refutations. We may declare, for instance, that although the British created Nigeria according to its wish and will, that is, without consulting the “indigenous peoples”, the “natives”, the entity that emerged in 1914 cannot, today, be truthfully described as a territory of “strange bed-fellows” that could not have been transformed into a nation, even a united revolutionary nation, through a process of revolution and evolution.

The Nigerian Left can however affirm that what emerged in 1914 was a colonial territory of very large number of ethnic groups differing in sizes, cultures, religions, levels and modes of development and types of relationships with their neighbours – some friendly and equal, others unfriendly and unequal. We can also affirm that the most fundamental thing that the British colonial power did in and to Nigeria was that it halted the various modes of development it met in its conquered territories. Thereafter, the colonizing power imposed capitalism as the dominant mode of production and organizing framework for further development.

About 15 years ago, an open, extended but unstructured Leftist debate on the ethnic nationality question in Nigeria took place in the country. I call the debate Leftist because the general premise – sometimes explicit, sometimes implicit – was the desirability and possibility of a revolutionary transformation of Nigeria into a modern, anti-capitalist and popular-democratic (or peoples’) republic. Several Leftists and non-Leftists took part in that debate. But, by far, the most prominent participants were two Nigerian academics and Leftist public intellectuals: G. G. Darah and the late Yusufu Bala Usman.

The central question around which the debate – bitter, even by Leftist standard – was waged was the existence, or otherwise, of the national question in Nigeria. This central question broke itself down or was broken down into concrete specifics: “resource control”, “fiscal or true federalism”, “sovereign national conference” and “geopolitical restructuring”. Since the mainstream newspapers of the time showed more than average interest in the debate, research in the matter will not, today, be difficult for any interested student, political activist or academic.

Several positions and propositions emerged, and several more can be distilled from what we may now refer to as the “GG Darah-Bala Usman debate on the national question in Nigeria.” But two propositions that are of relevance to this piece are as follows: One: that although several separate states, kingdoms, chiefdoms communities and principalities were conquered by Britain before they were merged into a single country, Nigeria, independence was granted on October 1, 1960, not to those entities – but to Nigeria. Two: that side by side with class contradictions, exploitation, domination and oppression, there are ethnic-based contradictions and exploiter-exploited, dominating-dominated relationships in contemporary Nigeria, and that while some of these relationships are new (that is, post-colonial), others are residues of the unequal exploitative and oppressive relationships which British colonialists met on arrival and either used or weakened and quietened. Some Leftists introduced the term “internal colonialism” to describe some aspects of this phenomenon.

My proposition today does not seek to contradict either of the two propositions stated above. Rather, it seeks to transcend them, that is, absorb and go beyond them. And the proposition is this: Taking a long view of history and based on the short-term and long-term interests of the working, toiling, de-classed and poor masses of Nigeria – from north to south, east to west, northeast to southwest and northwest to southeast - the Nigerian Left stands on a platform of national unity, a platform on which is boldly inscribed: people’s power, popular democracy, and socialism. Only that platform, and not the current capitalist political economy, can satisfactorily and finally resolve the violent contradictions now consuming the nation. But realistic compromises can be sought and obtained for the moment.

The question may then be asked: If the Nigerian Left accedes to power or office in Nigeria today, what can it do, what will it do to halt the turbulence in the country and pull it back from the precipice of disaster? First of all, the Nigerian Left will proclaim its identity, credibility and antecedents. It will follow this with a call on all the aggrieved, disaffected and disgruntled of Nigeria to “cease fire” on the grounds that justice will be done henceforth. It will address, in particular, the armed robbers, kidnappers, bandits, hoodlums and armed herders. It will then roll out a series of executive orders that common sense has long dictated should be issued, orders that the present regime ought to have issued long ago. Further steps will depend precariously on the reception of these initial announcements and executive orders.

In conclusion: I propose that to halt this national turbulence and violence, reverse the decline to catastrophe and calm the nation, any serious, sincere, democratic, and genuinely patriotic government may not, in the first instance, need to look beyond the current Constitution, the Laws of the Federal Republic of Nigeria, and reports of Nigerian state-appointed Commissions of Inquiry and Constitutional Conferences since 1999, that is, since the beginning of the current Fourth Republic.