Anambra Guber: The Fire Next Time 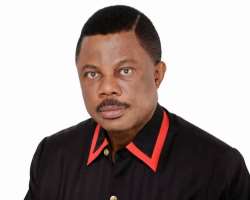 Aspirants jostling to take over Anambra State from Governor Willie Obiano must come prepared. Anambra has had long glimpses of paradise. Ndi Anambra will not settle for purgatory. Or a shadow of hell!

Sixteen years of result-driven leadership by the All Progressives Grand Alliance (APGA) have created a deep appreciation of purposeful leadership among the people. A minimum threshold has been established. It would be inconceivable to lower the standards. There are things that Ndi Anambra have become so used to that they can now take them for granted. Things like good roads, good public schools, a peaceful society and the payment of regular salaries to workers. These are given.

In this regard, Governor Willie Obiano appears to stand out. He has set high standards in government. His economic blueprint is a watershed in new leadership thinking in Nigeria. Even the former Commonwealth Secretary General, Chief Emeka Anyaoku has described him as a “strategic thinker.” His N20m Community Choose-your-Project initiative has been widely adopted as a new paradigm in the bottom-up approach to development in underdeveloped countries. It was singled out for praise by the highly influential Forbes magazine. Two years into office, he completed the longest bridge in the South East to open up access into the oilfields of Anambra State and three gleaming flyovers that changed the landscape of the Awka Capital Territory. All these were clear efforts to bring his economic blueprint to life.

He made bold attempts to engage the stakeholders and instill a sense of oneness and community among Anambra’s illustrious children. He held three major sessions in Lagos, Abuja and Port Harcourt and two more in Awka where efforts were made to bring the government closer to the people. The initiative triggered off a groundswell of favourable perception for the government and conferred a sense of relevance on the stakeholders who felt happy to be carried along on the developments in their home state. That was consensus-building in clear terms .

And, oh well…if COVID-19 had not ground the world to a halt, Anambra was gearing up to challenge Lagos for a reasonable share of the lucrative showbiz cash-splurge. Big musical concerts were regularly staged in Nnewi, Uli, Adazi, Awka, Oba and Ojoto that attracted large crowds from neighbouring states. The level of public safety in Anambra has become so high that massive social activities were held in far-flung locations late into the night without any unpleasant occurrences. The cultural sector had also picked up impressively and added what is referred to as the “weekend economy” to the fascinating milieu. Every weekend, the traffic from major cities across Nigeria into Anambra State has grown exponentially as city folks return to participate in social-cultural activities and festivals. Ancient practices, rites and festivals long abandoned when the state was a no-go area have all been revived.

And even if we miss everything, it would be unfair not to remember that the reconstruction of the social architecture and the restoration of self-belief in Ndi Anambra was uppermost in Obiano’s mind when he outlined as his vision “to create a socially stable, business friendly environment that would attract both indigenes and foreigners to seek wealth creating opportunities.” Today, that mission is fulfilled. There’s sufficient evidence to stand this assertion on a firm footing.

We may not agree on this, but let’s just say it anyway. Under Obiano, Ndi Anambra have finally accepted the status of Awka as a city that every onye Anambra must strive to develop. Many Anambra born entrepreneurs were reluctant to invest in Awka before Obiano. The situation is different today. The number of private housing estates springing up in Awka alone at the moment is astonishing. The hottest business in Anambra now is real estate. Property developers are swooping down on the city. And guess why? The city is safe and welcoming. A strong social circuit, lubricated by the impressive network of roads across the state is slowly coming to life. It was not like that before. The leisure and hospitality sector has flourished in the past seven years. There’s something in Anambra for everyone.

And this is the reason why the November 6 gubernatorial election in Anambra State will be different. Ndi Anambra have seen the worst and the best of political leadership. There will be no room for candidates whose only reason for running is to show that money can buy anything. Nor will there be a space for candidates who have no clear idea where the state stands at the moment and where it should be in its next phase of growth…candidates who have no idea of the pillars on which Anambra’s on-going renaissance stands. I am talking also about candidates who are driven neither by the fire of ideology nor the desire for public good.

And if we must say it, then candidates who running as mere shadows of power-hungry godfathers whose only ambition is to turn the state into a glorified branch of their supermarket chain should remember that Anambra is a frontline Igbo state. Anambra is the sheen of the Igbo nation. The governor of Anambra State must have a near transcendental power in Igboland. He must not be a mere simpleton bugged down by the weight of his office. The governor of Anambra State must be felt across the Igbo universe. That is why there’s more at stake in the coming election than the narcissism of bare-knuckle power mongers.