Every Igbo Person Should Be Proud of His Language — Nworah 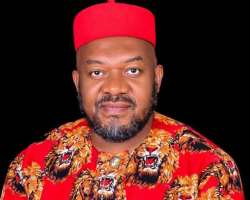 Ndi Igbo have been advised to always be proud of their indigenous language and regularly communicate with it, as a way of preserving it from going extinct, and passing it over to the future generation.

The Managing Director/Chief Executive Officer of the Anambra Broadcasting Service, Chief Uche Nworah, PhD, made the call in Awka, the Anambra State Capital, while speaking with our Reporter on the significance of the (2021) International Mother Language Day, and the rueful condition of Igbo Language.

He noted that language is tied to the culture of the people, and hence deserves to be cherished and preserved through various ways and activities, to avoid loss or extinction.

While faulting the UNESCO's prediction that Igbo Language will go extinct by the year 2050 (which, though, he opined they may have said out of research), Chief Nworah expressed optimism that the Language will not go extinct, as there are still millions of Ndi Igbo, both in Nigeria and in diaspora, who are still passionate about Igbo language and its promotion.

Frowning at the attitudes of some Ndi Igbo who are not proud of their language, Chief Nworah whose official office portrait proudly flags in his Isi Agụ Igbo attire, said, "Igbo Language is beautiful, Igbo Culture is beautiful; anywhere you see me, I dress in Igbo attire, and that simply shows that I love and that I am proud of my identity as Onye Igbo. And that is what is expected of every Igbo person."

Highlighting the innumerable benefits of speaking Igbo Language, Nworah who shared his experiences of how speaking the Language has helped to endear and connect him to people and guaranteed him of his safety in some places where he was new to, said times are past when people who speak Igbo Language are seen as illiterates, even as he urged Ndi Igbo to value and cherish their language, as no one else would promote their Language for them, if they fail to do so.

"Anambra State Government has done remarkably well by initiating various policies aimed at promoting Igbo Language and culture; but it's obvious government cannot do it alone; parents, teachers, schools, religious and community leaders, and in fact, every Igbo person has a part to play in saving and preserving our dear language; all hands must be on deck," ha concluded.